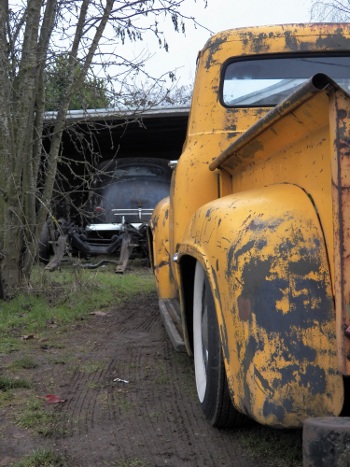 When I was a sophomore in high school, I camped out for U2 tickets with my friend Dionne and a boy named Ed, a boy I had never previously met, a friend of a friend, who had a camper, and was as eager for good seats as we were. We met at my house the night before, a Sunday, I think, and parked next to the Peaches Records and Tapes on 72nd and Federal. We didn’t sleep a wink, both out of excitement and fear – the neighborhood being slightly sketchy, listening to U2 in the dark, tape after glorious tape, while we spoke reverently, and in hushed tones, on every manner of subject related to the band.

We got our tickets after they made the horde that assembled by morning all cross the street then run back, P.E. style. Ms. Schenk would have been proud. The effort paid off, and we got floor seats! We congratulated ourselves on a job well done, bid adieu to Ed, only to see him one more time at the show, wearing a green plastic visor with flashing lights, ensuring he’d be caught on camera while they filmed Rattle & Hum.  Though I don’t remember if he was.  It’s been a long time.

Dionne and I went back to her house, skipping school (with our parents permission – we were good girls with excellent negotiating skills), and, in hindsight, made an entirely appropriate decision to watch The Gods Must Be Crazy. For just as a Coke bottle falling from the sky is crazy, so would be the notion of camping with a stranger for tickets to hear music rather than obtain food or something life sustaining. We humans, and in particular, teenage music fans, are a funny lot.

Thanks be to the digital age, we can now buy tickets from the comfort of home or a wi-fi hot spot, with the help of a credit card and swift fingers. I learned this firsthand on Saturday, after deciding that seeing Radiohead, live and in person, is something I must do before I die.

Truth be told, I am rather surprised at myself. I never thought I’d go to a show like this again, generally preferring small venues over being jostled and lost in a crowd, no, a sea of humanity.  But being that they are in my top three bands of all time (How very high school of me!), the bullet was bit and seats procured, though for five times what I paid for a show back in the day. Ouch! It’s a different world.  Now where is Kadeem Hardison?  Maybe he can come with me if the hubster can’t…

I would be remiss if I failed to mention the instigator of my great love of music, my dad, Jim.  Growing up, he played record after record from a collection of hundreds, introducing me to a very wide world, and for which I am eternally grateful.  Thank you Daddy, and Happy Birthday!