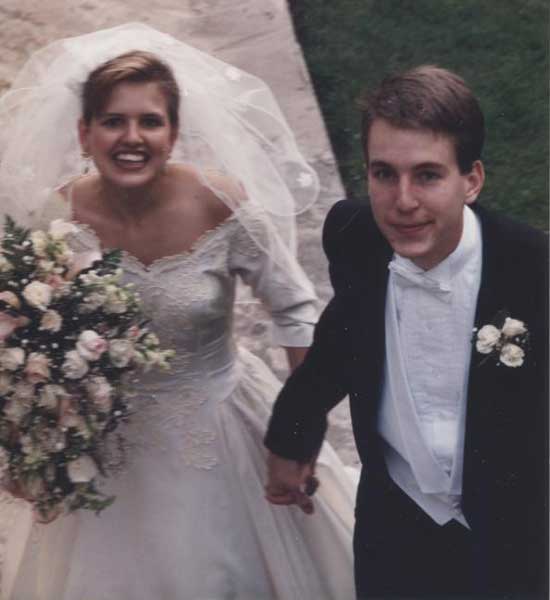 January 26, 1991.  What I thought was possibly the worst day of my life turned into the luckiest.  First, my car was literally blown off the road and into a ditch in a gale force wind on Highway 93 en route to Boulder, Colorado.  Second, I had to take a ride with strangers to actually get to Boulder, something I had never done before, nor have since.  I was terrified!   Are these people going to kill me?  Thankfully they didn’t.  Third, my sort-of boyfriend, upon my late arrival at my final destination of Fort Collins, instead of asking me if I was okay, demands, “Where’s my stuff?”  I had to leave it in my car that was in a ditch on the side of a road you #$&!  I would not speak to him again for another eight years.

Now that I had no plans to see the not-so-nice guy, I went to a hotel kegger with my friends.  There on the bed, I chatted with a very cute and sweet guy I had met once before.  When he got up to fill his beer, he asked me to save his seat.  I did.  We went out on our first date two weeks later, February 9, 1991.  Two years and a little over three months after that, we were married, May 29, 1993.  Today makes fifteen years – the absolute best of my life.

Sometimes, I can hardly believe it is true.   I look at him with amazement and pure joy every single day.  He’s with me!  He’s my absolute best friend, confidante, and partner in crime.  Our life together could not be more perfect, really it couldn’t.

I love you, Buddy.  Happy Anniversary!