September 5, 2015 in Uncategorized by Colleen | Permalink 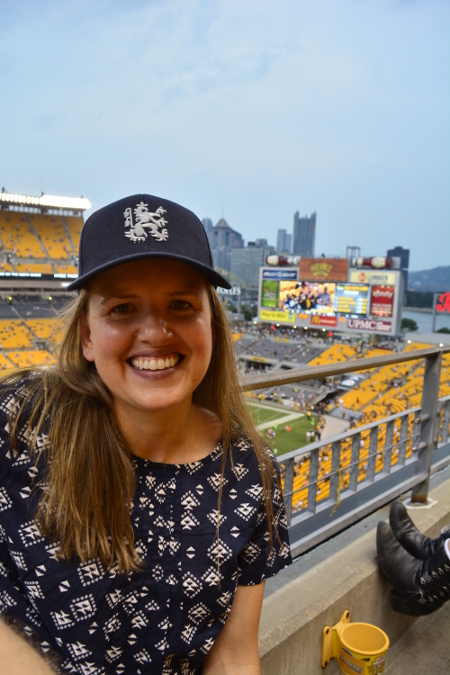 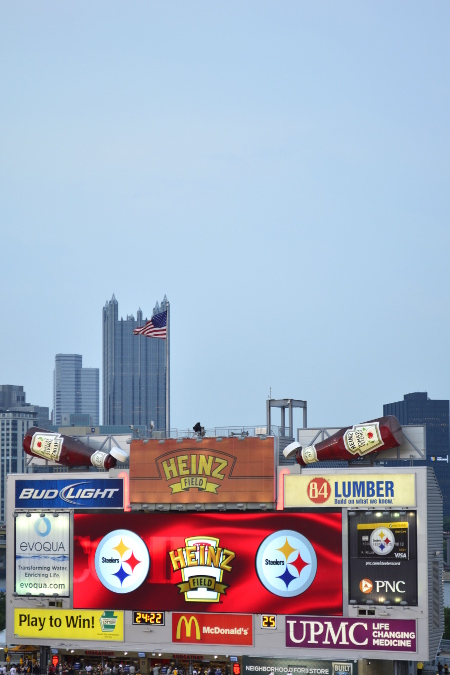 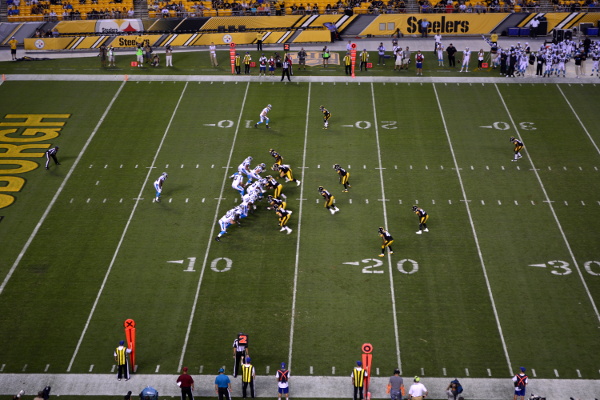 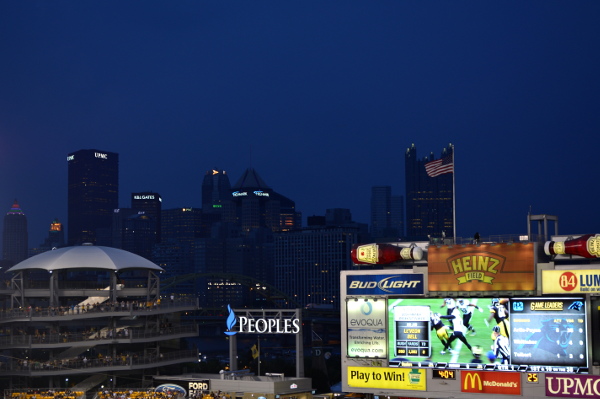 My first, live and in person, NFL game! The Pittsburgh Steelers vs. The Carolina Panthers. I wore my most awesome Coors cap with a deferential nod to my Dad and absolute favorite football fan, without whose guidance I would not have learned that an hour is relative or how to yell at the television with impunity. I also could have watched far more Sunday Matinees.

I regret to inform my Dad and countless football fans that attending the game did not result in my conversion to a fan. Football in person is just as long and boring as it is on television. Give me hockey! I was, however, delighted by the fabulous Pittsburgh skyline, giant ketchup bottles that poured out their secret sauce, the energy of enthusiastic fans waving Terrible Towels, and the generosity of our friend George, who gifted us the tickets. Life is good!