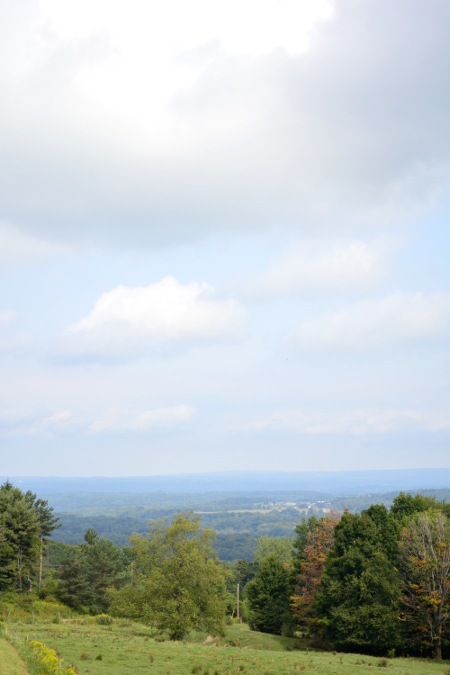 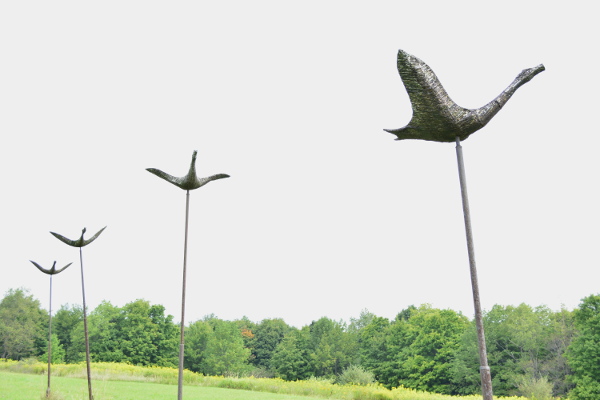 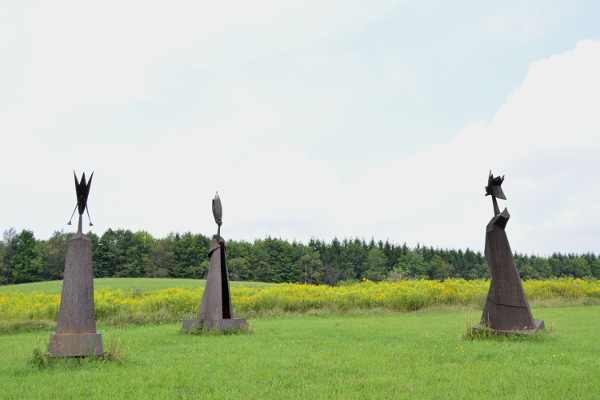 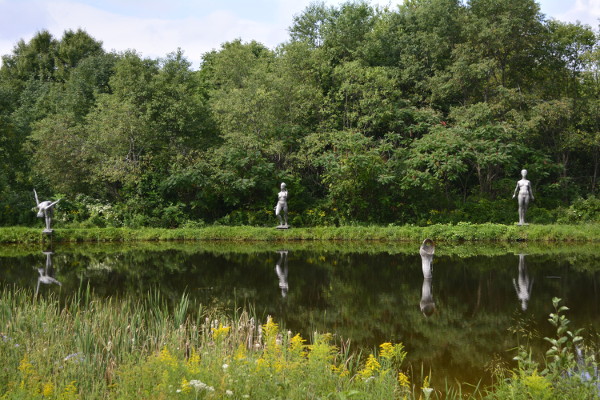 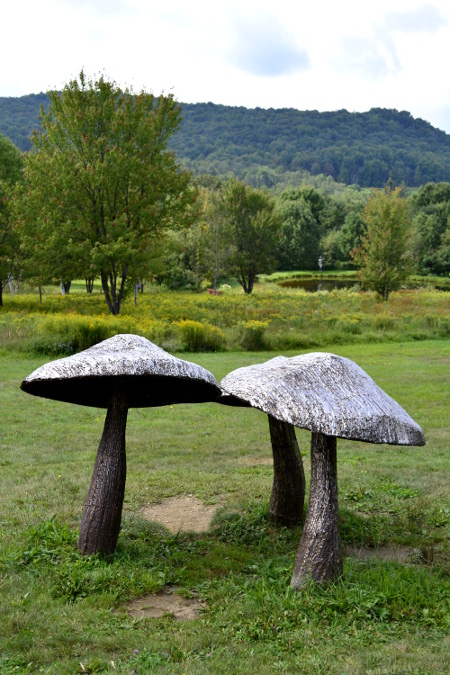 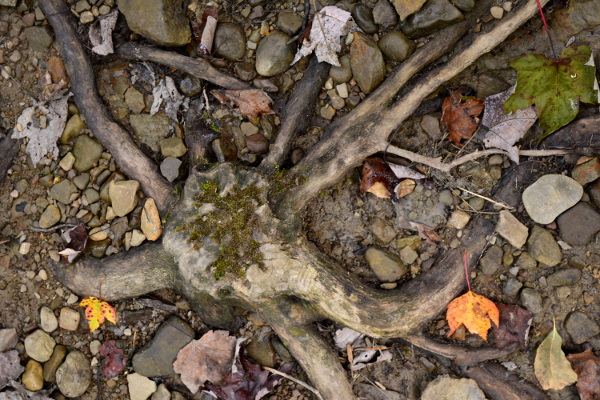 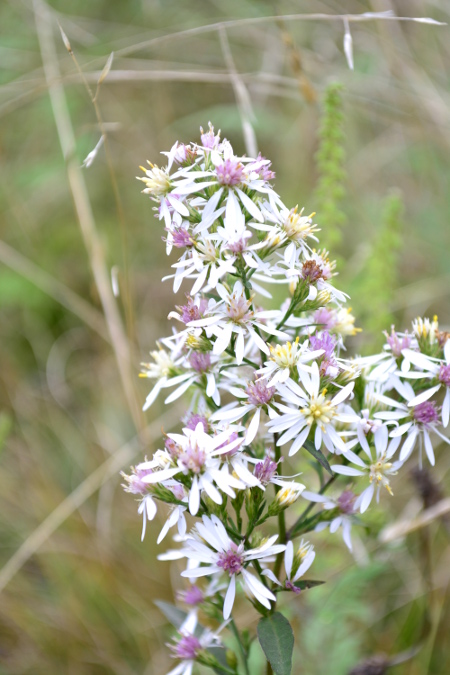 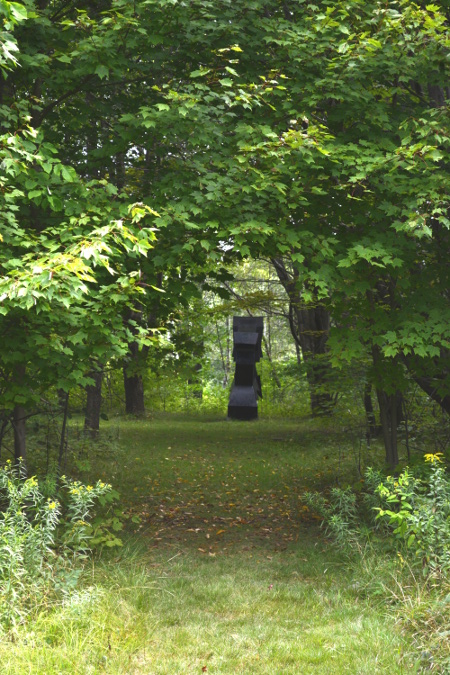 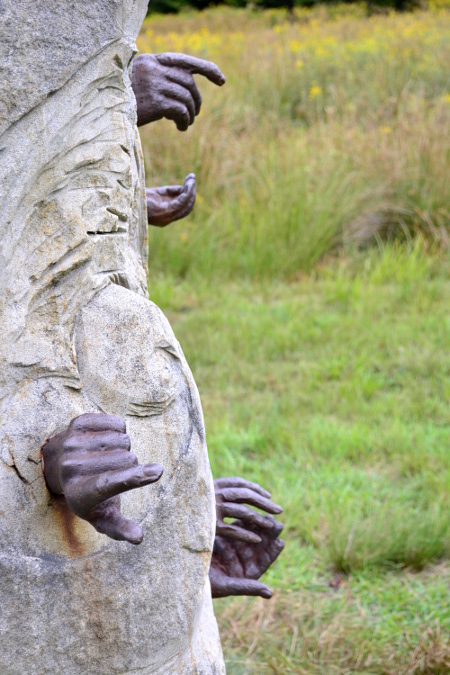 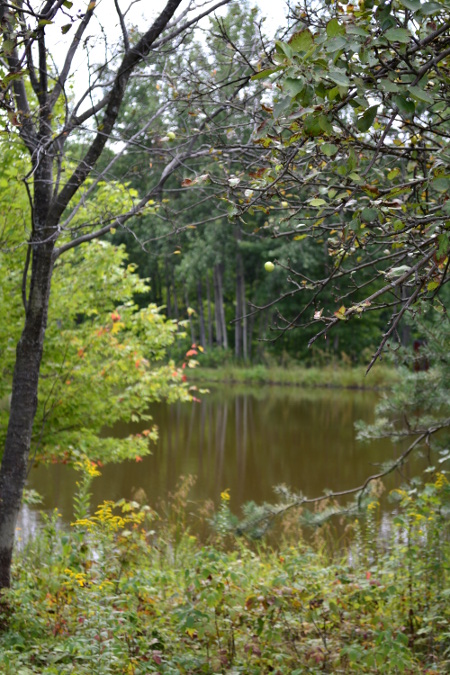 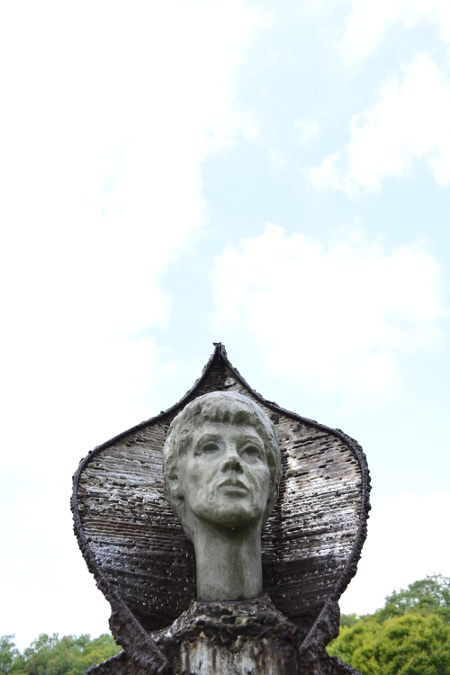 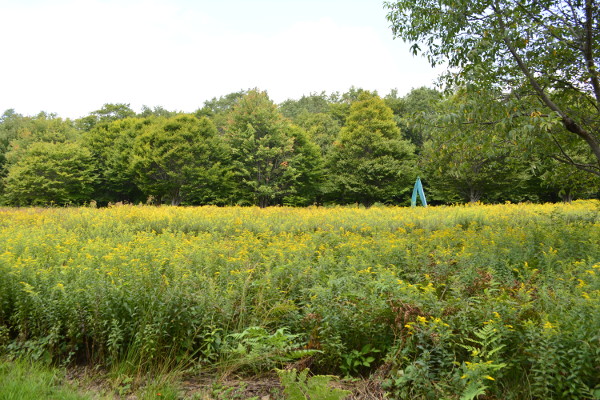 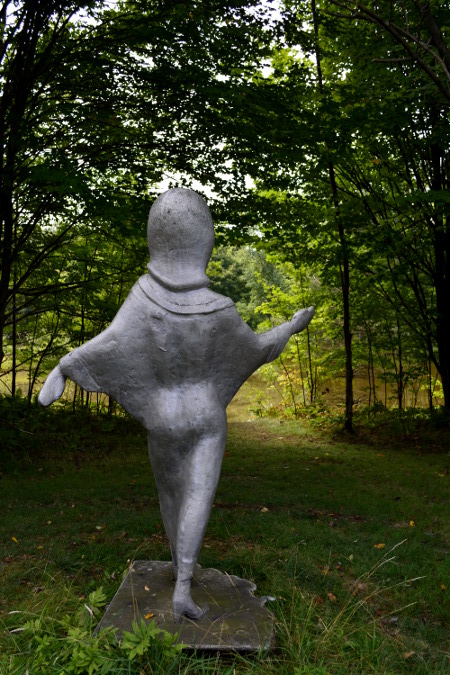 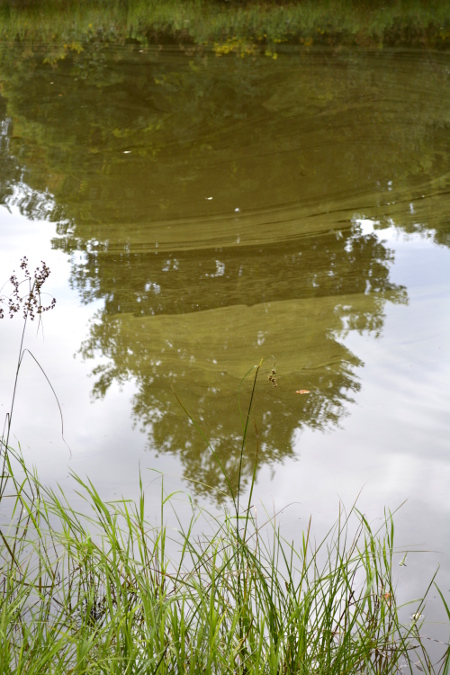 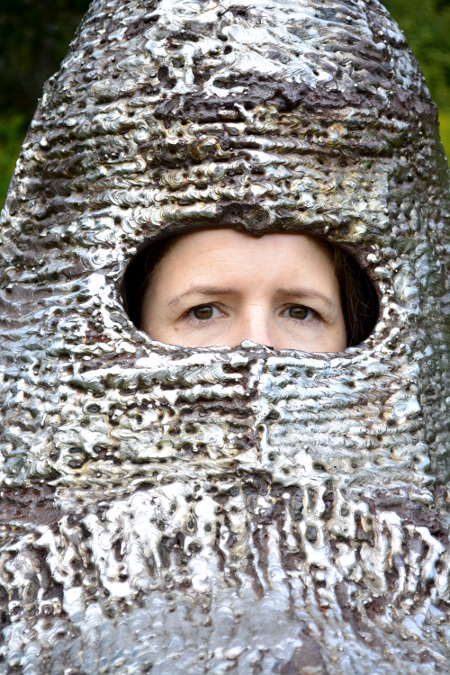 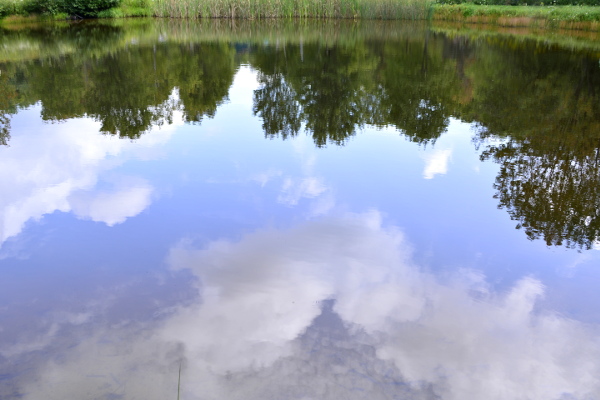 We got up early Sunday morning, before the sun, but not because we were pressed for time. Despite walking for more than four hours on Saturday, and going to sleep late, we’d had enough rest. A luxury. To be away from the million and one needful things that mire us at home to a million and one possibilities, what to do next? As is often the case, we chose art and nature.

This is Griffis Sculpture Park, more than 250 sculptures tucked away on 450 acres of parkland. It is art, in large part, that has to be earned, via curving backroads, pathways snarled with tree roots and rocks and twigs, up grassy slopes and under tree branches, a glimpse across a pond or a massive field of goldenrod, positively alive and singing with bees, crickets, cicadas, too.

It was a fine end to the weekend, and it got me thinking, about luxury and choices and how we arrive where we are. Our airbnb was beautifully utilitarian, with chipped edges, cracked tops, and strategically placed objects hiding all the worn out places. And yet, it was perfect and ever so lovely, not only for the inventiveness of our host’s decorating choices, we need not toss the imperfect aside, but for the fact that every comfort was considered. A fan next to the bed, nicely scented toiletries, a fantastic cast iron frying pan, a sweet kettle, boxes of tea, tins of coffee, a fine coffee pot, beautiful pottery from which to sip. Then there was the thoughtfully curated collection of books and art (many painted by our host), ever so much lining the walls. We don’t need new and shiny to feel luxury. We need love and care.

When we lived in Portland and had owned our Subaru wagon for more than a decade, friends kept asking us when we were going to replace it. It’s so old! Scratched! Dinged! But, we argued, it was a great color, long paid for, ran beautifully, and got great gas mileage. And, without a car payment, we had more money to spend on what matters to us, like travel.

The hubster and I are often gently reprimanded or told “it must be nice” to travel so frequently, and, to be quite honest, it really, really is. That being said, we’ve earned it! We save like the dickens and forgo a lot of expenses that many people deem necessary. We don’t have cable (but do have Netflix); own one car; don’t get manicures, pedicures, or color our hair (never have, and it’s getting very grey up there!); have a pay for what we use phone plan; don’t eat out a lot; don’t drink a lot (but it’s still plenty); and the biggest of all, chose not to have children. None of this feels burdensome or sacrificial, either. It feels right and good and perfect, actually. But if you start tallying expenses, say just for cable, even a cheap plan can run about $600 a year. That’s two weekends of travel for us, one if were splurging. It adds up!

Maybe it’s the fact that though I grew up poor, I rarely felt it. I never had a lot, but I always had enough. I kept clean (a bath every three days, whether I needed it or not!), had dolls and stuffed animals and a near-infinite collection of library books to keep me company, a tidy room, great food, a park to play in, and friends nearby. Yet there were people in my same position and even some who were better off who were perennially sullen and angry characters, cheated by their lot. They were constantly embarrassed, by their parents, their cars, the houses they lived in, their clothes, their shoes, all they did not possess. It was a terrible poverty of mind.

It never made sense to me, and it still doesn’t because I am of the mind that I’ve got the whole world, and if I don’t embrace it, I will never have more.