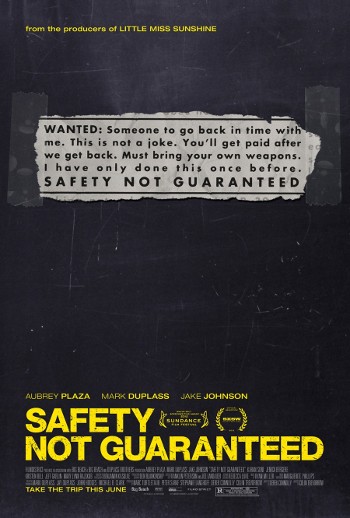 Holy frijoles, peeps! It’s been a while since I wrote about fil-ums. A dearth of the spectacular, I suppose. Life is like that, sometimes. Average. Meh. Vanilla pudding. Though, I must take occasional exception to that last expression. Vanilla pudding, when done right, is anything but vanilla pudding, silky, smooth, delicious, the height of splendor! Yup, yup.

Starting with Safety Not Guaranteed, for it had me in stitches, loud peals at pretty regular intervals, thanks to great lines like “You’re dangling my vagina out there like bait” and “Storm Troopers don’t know anything about lasers or time travel. They are blue collar workers.” To be followed by a most grateful round of claps and cheers at the end. I kid you not. It was one of those rare moments when I actually wanted to explode with glee and happened to be in sync with the rest of the theater. Pretty awesome, if I do say so.

To the details: The fil-um centers around a magazine writer and two interns as they investigate the above ad. Did this person really invent a time machine, or is he just mad as a hatter? Well, he certainly isn’t your everyday Joe. He’s a little odd but sincere, too. He’s wounded and paranoid and completely dedicated to the task at hand. He takes one of the interns into his confidence and friendship blossoms. Then there is the magazine writer, chasing his own past while trying to get his male intern laid like his life depended upon it. It’s a great bit of everything, very human characters, romance, fun, mystery-thriller. Put it in the queue! 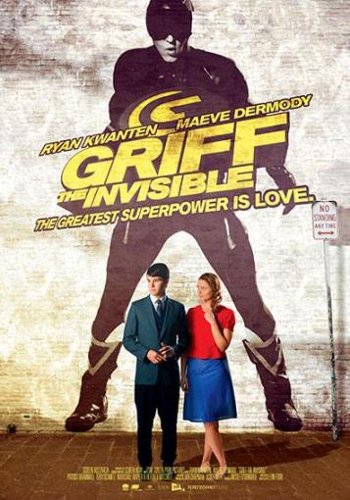 Griff the Invisible is an Australian import about a twenty-six year old man who believes he is a Super Hero. He’s got the costume, scads of surveillance equipment, and a sincere desire to rid his neighborhood and the world of evil. The trouble is, he’s not the best at it, and even worse with actual people. He is awkward and flails at work, falling prey to the office bully and his cronies. His brother, who sincerely wants the best for him, is also a bit clueless, trying to get Griff out of his shell and into the real world. Then he meets Melody, fascinated by science and equally drawn to Griff, the one person who sees the universe as she does. It’s about the painful ways we learn of our delusions and the people who love and encourage us, despite them.

All of My Friends are Funeral Singers, well, hmmm, this one is a tad odd, even for me. I’d venture to say that it is bordering on the avant-garde. Zel is a psychic and lives in a house filled with ghosts: a child, a bride, vaudevillians, and some musicians, too. They are her only friends, save her love, and the source of her power, giving voice to the dead and eyes to the future. She loves and hates them, yet knows no other life. When a bright light beckons the ghosts to the woods beyond, and they cannot leave, Zel must unearth the truth behind their shared existence and contemplate a life without them. It’s got a great soundtrack too, by Califone, who, as it happens, will be at Mississippi Studios on November 30th. Could be fun!