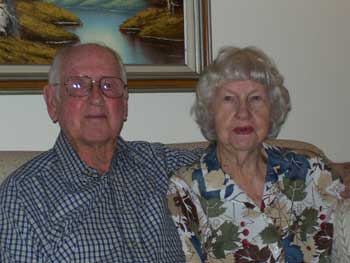 As per usual on a whirlwind trip to Denver, we spend a lot of time with the family and take many photos, too, though not enough – we didn’t get a single one of the hubster’s parents, my cousin Steph, Angela (who also cut my hair while I was there), brother Aaron, Uncle Phil, Brad, or Aunt Mari – sigh.  Anyhoo, these are my maternal grandparents, Marv and Tess (they look so serious – but I assure you, we laughed a lot!).  If you recall, Greg and I drove them to New Mexico last year to visit Grandpa’s sister Shirley.  It is always a pleasure to stay with them, much like the sleep overs I had when I was a kid.  Grandpa made his famous silver dollar pancakes (yummy) and we all chatted and ate, watched television (they are major sports fans), solved puzzles, and I hunted things down in the service room.  They also let me borrow their car, which was so nice! 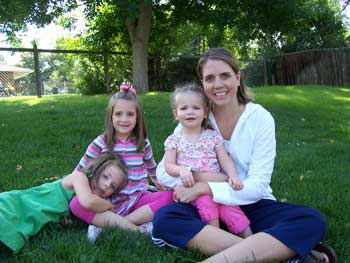 My cousin Allison and her adorable girls Andee, Emmeri, and Rylnn (I hope I spelled them all correctly).  Though she is a married adult with a fine home, my mind can’t seem to get think of her as anything but my little cousin.  Weren’t we just playing Barbies and reading Little House on the Prairie books?  Oh wait, that was just me and her kids.  I digress! 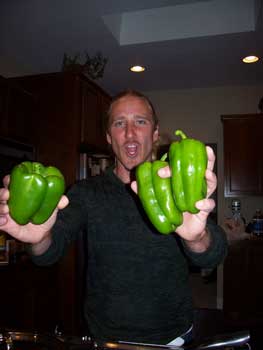 We’re at my cousin Brad’s lovely house now.  He’s showing off some of the peppers grown in backyard garden.  This was a tiny portion of the abundance. 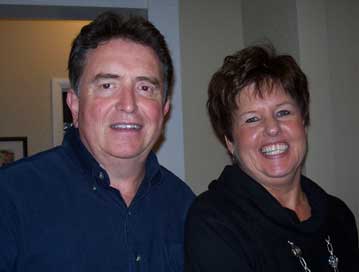 Daddy and Mom – they are still a cute couple after forty-one years of marriage, I must say. 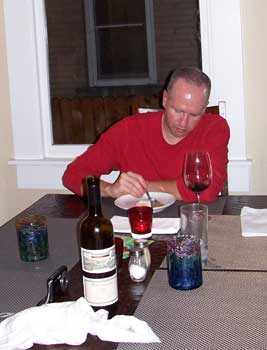 My brother Chris eating his cheesecake.  We spent the afternoon together romping around the Highland Neighborhood and stopped at a rather quaint cheese shop for a little sustenance for the evening’s festivities.  We were happily discussing the merits of cultured milk when the cute saleswoman said, “You’ve got to be brother and sister, right?”  I guess it’s pretty obvious, even when it isn’t to us.  After I took this photo, he teased, “You got one picture of me, and I’m alone eating cake!”  Yep!  At least he wasn’t in the corner swilling wine from the bottle. 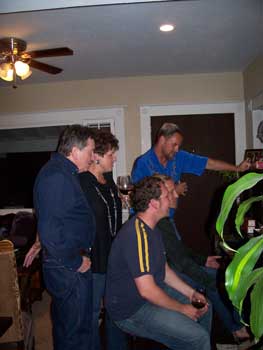 This is pretty neat, nearly the whole gang, save me taking photos and Chris eating cake, singing at the player piano (the original karaoke).  Brad inherited it from his mother, my Dad’s sister Bev, when she died, gosh, I think it was five years ago.  Unfortunately, or maybe not, it isn’t electrified, so you have to pump with your feet as you play.  As it is also quite old, the baffles aren’t what they used to be, so it is a serious job to keep it going.  My cousin sang his heart out while his feet were getting physical, physical!  It was a sweet time for all of us, singing a wild assortment of fun tunes from the past, “The Rose” and “The Rainbow Connection” being my favorites. 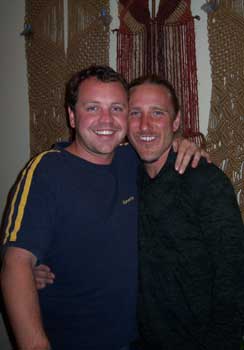 Our happy hosts, Brad and his sweet partner Jeff, who is a terrific cook.  We had delicious flank steak, spinach salad, and scrumptious risotto, thanks to his mad skills in the kitchen.  I must also note the importance of the background here.  My aunt Bev was a bit eccentric.  She spun her own wool, even collecting cat hair from hither and yon to make it extra soft.  She also served rattlesnake for dinner, rode a motorcycle, mixed nail polish into wild new colors, and, as you can see, macrame-d her heart out.  This is just one of the examples, also taken from their Casper, Wyoming home after she died.  It is floor to ceiling and incorporates a hodgepodge of ephemera important, or, perhaps, just useful, to her at the time.  It is quintessentially Bev and a treasure of a memory to have on the wall.

By the by – this is post 250!  As the Grateful Dead sing so well, “What a long, strange trip it’s been…”  Thanks for reading, my friends.