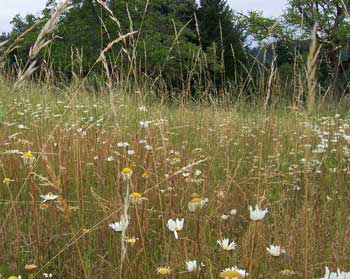 Seriously.  I cannot think of a single movie, book, or bit of musical genius to highlight, so, instead, poor grammar, random thoughts, and silliness will rule this post.

Bridget and I went to the Bagdad last night to see what could, quite possibly, be the worst film I’ve ever seen in a theater.  I won’t glorify its distasteful and utterly stupid badness by revealing the title, for that would amount to free advertising.  Anyway, about one third of the way through, I leaned over and whispered to Bridget, “Do you want to go to Goodwill?”  Were it not for the fact that she was midway through a glass of wine, I think we had some serious potential for an early exit.  Now I’m trying to remember if I’ve ever actually left a theater before the film was over.  I don’t think so; Buddy, have we?  However, this does remind me of the time I saw Henry and June at the Mayan (it’s so Aztec like) in Denver.  I observed a couple leave early for quite a different reason.  If you haven’t already seen it, rent it and you’ll know, too.

After the Bagdad, we went to Powell’s, and I bought books I hope to enjoy.  Please think good thoughts because I have had some duds this summer and haven’t finished any of them.  Here’s hoping these will satisfy:  Bergen Evans’s Dictionary of Quotations, Donna Tartt’s The Secret History, and Christoper Buckley’s Losing Mum and Pup. If the latter is anything like the raucous and witty good time of Thank You for Smoking (film version – I never read the book), I think I will like it, despite the slightly morbid subject matter.  In any case, it will be fascinating to read about what it was like to have William F. Buckley as a father.  I remember watching him on television (Firing Line) as a child, rapt.  I never understood a word he said (then, not now, I’ve grown up some), but, boy, did I love to listen to the man speak.  He certainly had his own way.  Here’s a link to a good example – Buckley in His Own Words.

What more can I tell you? A decaf Americano with heaps of half and half at the Fresh Pot after a satisfying book search (in which there was much discussion about who will buy the book with the cool cover AND remember the conversation if a divorce is ever required) and romp on Hawthorne with one of your best friends in the world is a marvelous way to end an evening out.  Marvelous, I tell you.

Oh, yes!  Thanks for the comments on the new blog header.  I thought it was about time I showed our actual red roof, and I liked the light that evening, so there you go.  Have a super weekend!