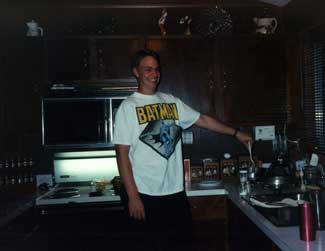 That’s the name of a stellar INXS song, from my favorite album Shabooh Shoobah. The awesome and, quite sadly, departed too soon, Michael Hutchence sings: “Old world, new world, I know nothing, but I keep listening.”  Just a little aside here, too, INXS was my first concert at Red Rocks, and it did not disappoint. 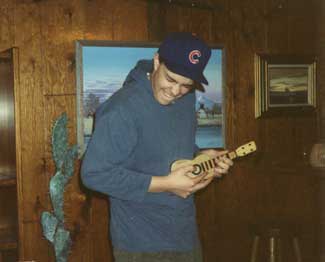 Anyway, I’ve had the song and the sentiment stuck in my head ever since I started seeing people from much younger days on Facebook, for some it has been almost twenty years!  I sit in wild wonder at all that I do and don’t know about their lives.  It is both strange and wonderful, to see long lost faces and know where everyone is and what they’re doing. 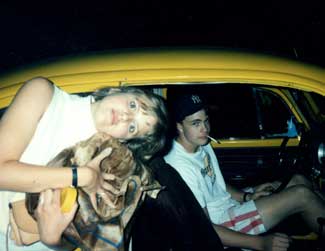 Take these photos.  This is Rob, the Batman fan formerly known as Bob.  We met in high school, but neither of us has any recollection how it happened.  There are plenty of other clearer memories, however, like opening day of Batman (the occasion for cooking a steak at my house), the opening of the Super Saver Cinema (Rob, do you remember what we saw?), and a night at the drive-in to see the Gubernator in Total Recall where I promptly fell asleep (that’s our giant bag of popcorn I’m holding). 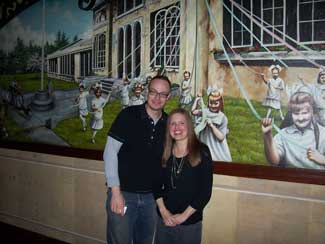 As luck would have it, Rob found me just last week, and, even luckier, was in Portland on business on Monday, so the hubster and I met him at the Kennedy School for dinner.  It was a grand evening of Gregory getting to know Rob while reminiscing for hours over cocktails and yummy food.  We also reveled in the fact that it seemed as though no time had passed.  That is friendship.  Thank you, Facebook, for this lovely reunion, and Rob, see you next time you’re in town! 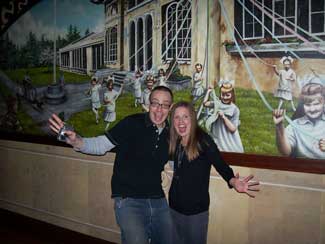 One more time, with jazz hands!