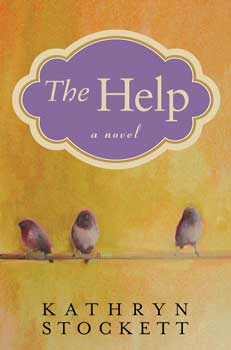 I once heard an interview with one of the Grand Wizards of the KKK.  I was driving home from grocery shopping, and as I traveled the route, I remember a sense of being suspended, out of time, at what I was hearing.  I expected to hate the man speaking, to want to verbally assault him for the harm he and his cronies had inflicted upon humanity, but I could not.  The strange truth being that the man was not wholly evil, but rather as interesting and complex as you or I.  During the interview, his voice was measured and calm, discussing the everyday to the unusual and incomprehensible (at least to me).  I was especially struck by the way he spoke of his family, exhibiting the tenderness of a proud, protective, and loving parent.

It is with this same complexity and confusion that Kathryn Stockett approaches the nascent Civil Rights Movement in 1960’s Jackson, Mississippi.  Here, the narration changes between the voices of three distinct women: the young, naive, and white Eugenia “Skeeter” Phelan, and two very seasoned maids, Aibileen and her best friend Minny.

When Skeeter, an aspiring writer, is not offered a job at a publishing house in New York for her lack of experience, but the advice, “Write about what disturbs you,” she does just that.  Inspired by the latest trend among her circle of friends, the construction of an outdoor toilet for the help (under the guise of “safety”), she decides she will enlist the aid of her friend’s maid Aibileen (and anyone else they can find) to write about what life is like in the service of those who have no qualms about having their children raised by black people, yet worry about their health and the safety of their valuables in their presence.

Getting the stories of maids is a dangerous and entirely naive proposition because during that age, lives could be destroyed with a word.  Do not hire this woman because {insert complaint, real or imagined} and she’ll never work again, maybe her husband, too.  As well, and especially in Jackson, Mississippi, black women had virtually no rights, no ability to vote, no access to unemployment, Social Security, nothing.  They literally worked until their dying day, so for anyone to risk their livelihood to tell the truth of their experience was pretty astonishing, yet that is how change happens, a few brave acts that blossom into something greater than us all.

This is such a great read, steeped in history, disparity, and learning, yet the story is neither heavy-handed nor patronizing to either side.  Much like the man from the KKK, each character is colored by experience and preconceived notions, but there is so much love, compassion, and, for the most part, a willingness to concede defeat and open their hearts and minds to a more inclusive way of being that I couldn’t help but love them all.