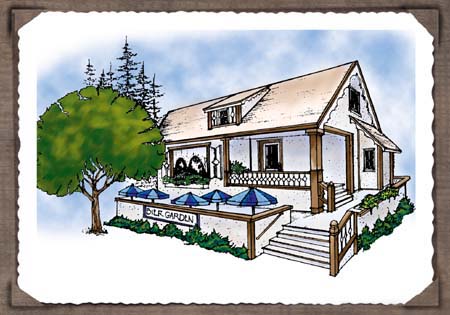 Well, dear readers, it is official.  This is my first, but most certainly not my last, post about food.

Oh my goodness!  We have lived in Portland for ten years, and this is the first time we’ve actually eaten at The Berlin Inn.  It’s a travesty, really.  We have no excuse, but don’t fret.  I’m sure we’ll be making up for it soon enough.

A delicious wine flight – four Reislings and a Gewurtztraminer, crisp, fruity, and delicious.

Smoked Gouda and Garlic Fondue with the Bavarian Oktoberfest dippers:  fantastically gooey, mouth watering, smoky, garlicky cheese heaven with apple, bread, pretzel, and sausage.  The pretzel was the absolute best part: soft inside, a slight crunch on the outside, yum.

Next, because we wanted there to be some semblance of a balanced meal, we had the Cucumber Salad and the Bavarian Wilted Spinach Salad, but in all truth, the Bavarian salad had bacon on it, so I’m not sure that it really counts.

Despite the fact that we had absolutely no room in our bellies, we ended our meal with coffee and two delicious desserts.  Gregory’s was the Chocolate Grand Marnier cake, and I tried the Streusel Cake with Spiced Peaches.   Every bite was a mouth watering masterpiece.

To top it off, we received fantastic service, as well.  The two women that helped us were cheerful, attentive, and highly knowledgeable.

Heaven, I’m telling you, sheer heaven. Gregory, on the way home in the car, said it best, “I’m giddy it was so good!”  We proceeded to giggle the rest of the way home.

I met Linda  when we were in the seventh grade.  Was it in P.E.?   Gosh, another fact slipped into the ether.

There are so many wonderful memories associated with her that I hardly know where to begin.  The most interesting fact would be  a good start: Linda is the best belcher I have ever known.  Loud, rolling, controlled, and capable of forming complete sentences.  Whenever I belch, it is an embarrassing and awkward accident.

It was with Linda that I took my first trip with someone else’s family.  We visited their cabin in Como, Colorado.  It was a lovely, rustic place.  We roamed the fields, played Yahtzee like there was no tomorrow, and giggled like the schoolgirls we were.

It was at Linda’s that I watched my first movie on a VCR (Rock and Roll High School), learned to shave my legs, and how to properly use a shower curtain.  *Keep that plastic in the tub or you’ll end up with a whole mess o’ water on the floor.* She also helped me score the best paying and yummiest job of my teen years – a busser at Amici’s Italian Restaurant.  Boy do I miss the sausage sandwich special!

As she lives in Denver, and I in Portland, we don’t see much of each other these days, but she is often on my mind.  She’s the type of person who is always smiling (and isn’t a lovely one, too?), is kind, thoughtful, and never has an ill word against anyone.  Everyone should have a little Linda in their life.  I’m glad I do. 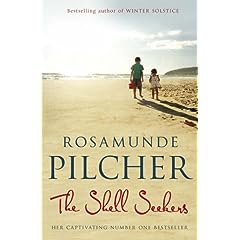 The first time I read this book, I was twenty years old. I have read it once a year ever since then – that makes seventeen years. Yes, for me, it is that good.

I wish I could articulate exactly what it is about this book that I return to year after year, but my words feel so inadeqate. It is just so special to me, magic on a page. The writing is rich, the story complex, with exquisite details and character development.

Perhaps the best way to put it is to say that it feels like home: familiar, comfortable, everything it its place.

Wanting to be Remembered…

I’ve often wondered why suddenly, quite out of the blue, I think about someone I haven’t seen in a long time. Lately, I’ve been thinking about Paula Pfeiffer, a girl I knew in my school days. Over the past week, I’ve seen her face, heard her voice, and remember a drawing she made of a guitar.

Paula and I were friends, but never terribly close. She was in and out of my life. Her parents were among the first I ever knew to have been divorced, and I think she moved between their two houses, so she wasn’t always at the same school as me.

I remember seeing her in high school after a long absence. She looked a little spaced out and her hair seemed funny to me. I knew something was awry, but I couldn’t put my finger on it. Weeks, or maybe months later, my memory doesn’t serve me, she died. It turns out she had leukemia. She was probably on drugs and wearing a wig the last time I saw her.

I remember driving to her mother’s house for a wake. I couldn’t get up the courage to go inside. I felt embarassed that I didn’t really know her anymore, but wished there was some way I could communicate that I had always liked her. She was good and sweet and kind.

In another strange twist, my husband and I watched 2010 on Sunday, February 10th. We’d thought about watching something else, but then had a “feeling” about 2010. It was as good as we remembered, even recognizing Helen Mirren in a way we hadn’t before – that was her? Goodness, she’s been around for a while. The strangest part, however, as I learned today, is that the star of the movie, Roy Scheider, died that very day, possibly as we were watching.

Are these two people communicating with me? Or did their cosmic dust, caught in the ebb and flow of the universe, just cross paths with me, a happy coincidence? I really don’t know, but if there is something greater happening here, message received. I remember you…you are not lost.

It is interesting to begin a blog with death and memory, but I guess that is what this is all about – telling the universe that I am here. I feel, think, believe, exist, just like Paula and Roy did. We are all together, embarking, disembarking in blogs and in life. Welcome to another part of the journey.