You are currently browsing the monthly archive for October 2019. 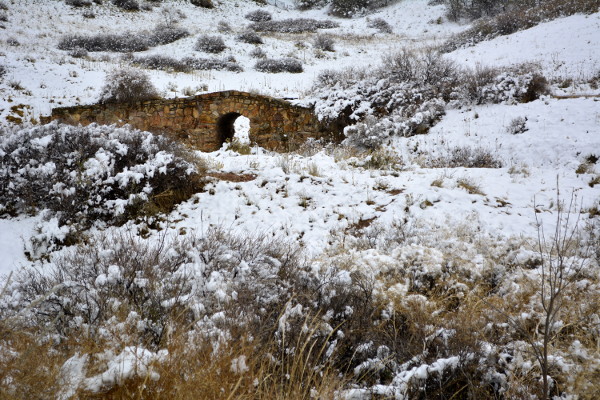 I’m here not because I am supposed to be here, or because I’m trapped here, but because I’d rather be with you than anywhere else in the world. 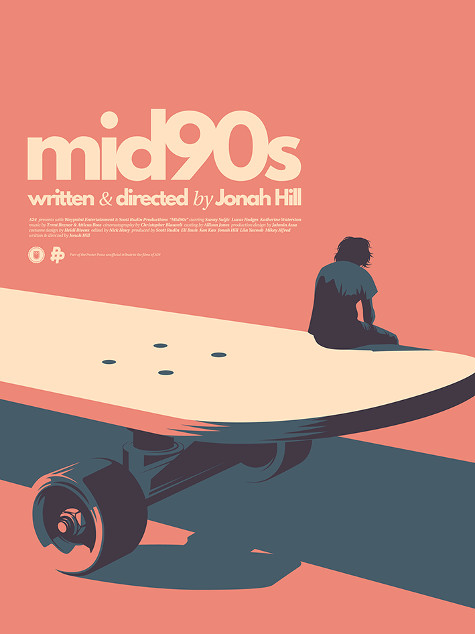 Mid90s doesn’t have the coolest title, but gosh, Jonah Hill makes up for that in spades in this coming of age tale. Stevie is rudderless and virtually friendless, with a home life most would find no reason to envy. When he hooks up with a group of skaters, he finally begins to belong, learning about true friendship, love, pain, and loss. Fantastic!

Brigsby Bear – Imagine living the whole of your life solely in the company of your parents, isolated in a post apocalyptic Utah. Your life revolves around your favorite television program, Brigsby Bear. Only it isn’t true. Your parents kidnapped you as an infant. The air isn’t toxic, and your favorite show, the one you’ve memorized backwards and forwards was never even broadcast, but made solely for you by the man who claimed to be your father. This is what happens next. How you move in with your birth parents and sister, awkwardly learn how to be a brother and friend, behave around the opposite sex, and how, more than anything, you need to finish the story of Brigsby Bear. WOW! Touching and ever so funny.

Don’t Worry, He Won’t Get Far on Foot  is the story of Portland cartoonist John Callahan, following him in the days before his paralysis and through the beginning of his recovery from alcoholism. Earnest, thoughtful, and a bit silly, too.

Three Identical Strangers – Triplets separated at birth find each other as young men and struggle to discover the truth behind their adoptions. Prepare to get very, very angry.

The Rider – Words really fail me here, as this fil-um is ALL THE THINGS. Toxic masculinity, friendship, family, L O V E , loss, desire, horses, cowboys, and the sublime beauty of South Dakota. Blurring the line between fact and fiction, it follows Brady as he recovers from a near fatal head injury.

The Incredible Jessica James is the story of a woke and wise aspiring playwright after a devastating breakup. One of the side splitters! 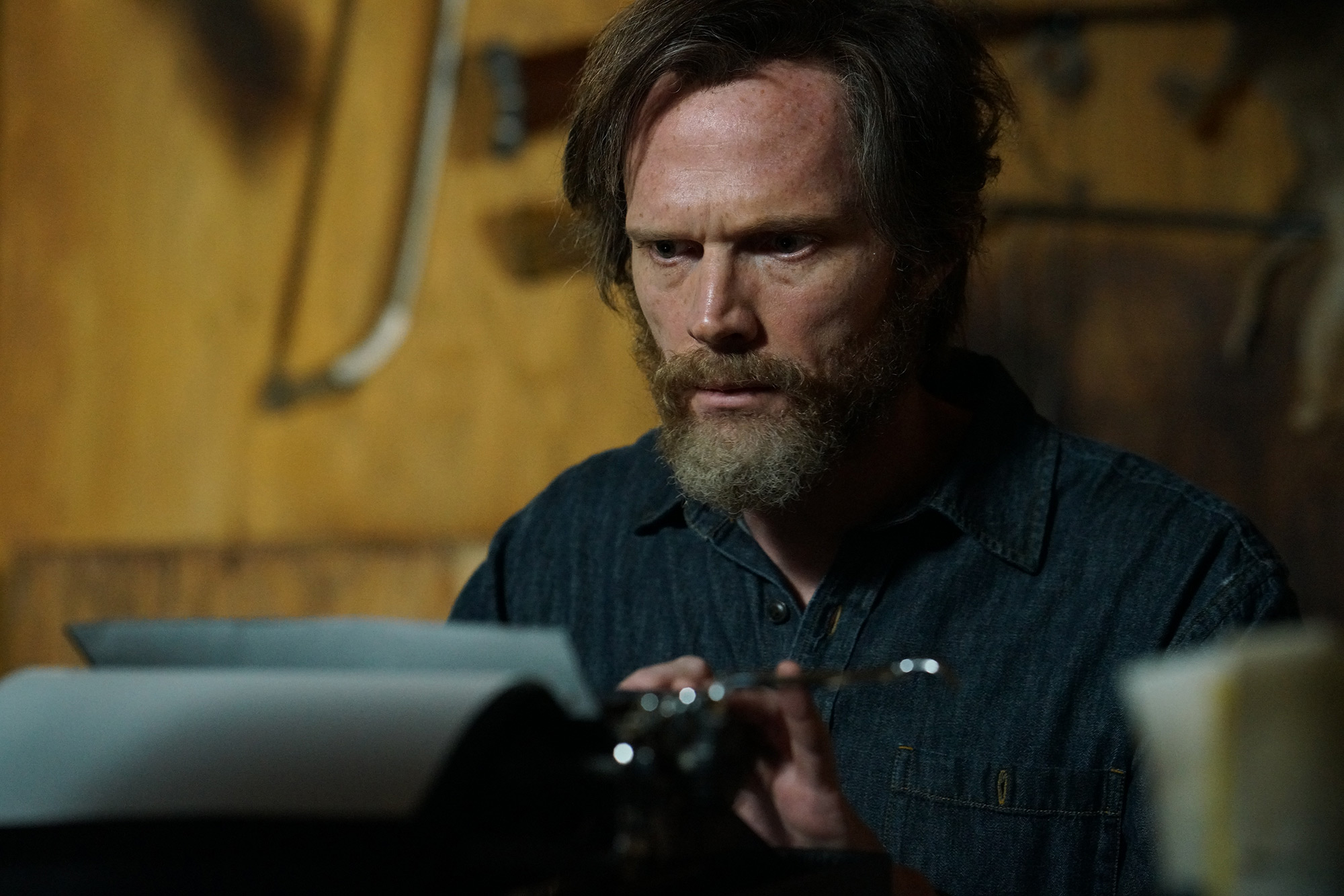 Manhunt: The Unabomber documents how the FBI finally caught Ted Kaczynski by the pioneering use of forensic linguistics. Fasinating.

Swim Team profiles the members of the New Jersey Hammerheads, a winning team made entirely of young people on the autism spectrum. The film shines a light on the dedication and struggle of the parents and swimmers, in and out of the pool. Truly inspirational.

Peanut Butter Falcon – A young man with Down Syndrome escapes the retirement home charged with his care to search for his wrestling idol. On the way, he meets Tyler, a man running from trouble, and they forge a deep and abiding friendship, Huck Finn style.

Isn’t It Romantic is a lighthearted dig at all the ways romantic comedies fail to portray life as it is. Super cynical Natalie hits her head during a mugging and wakes up in her least favorite film genre, quickly learning the only way to escape is to play along, but with her own rules. Thank you Rebel Wilson for another side splitter! 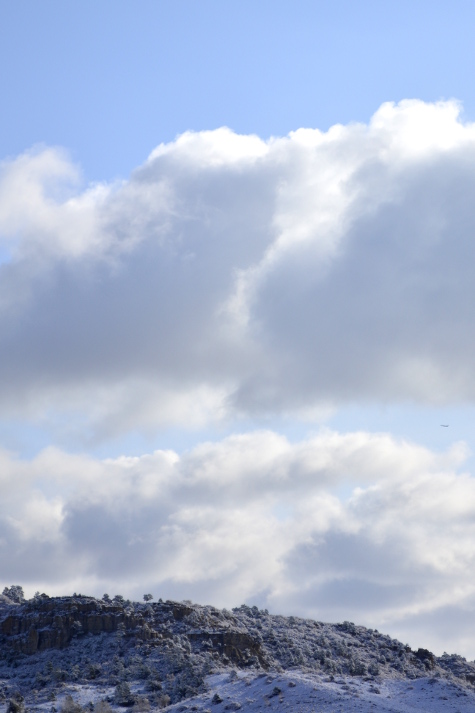 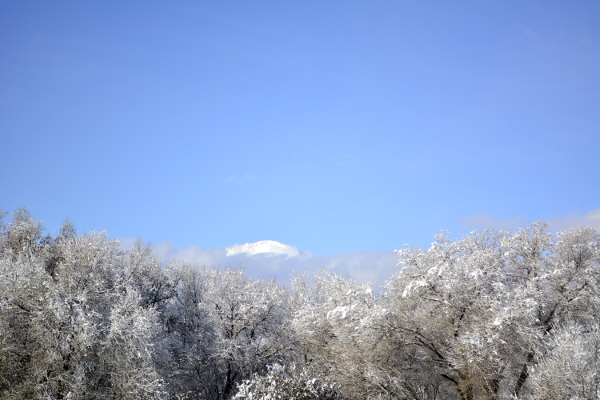 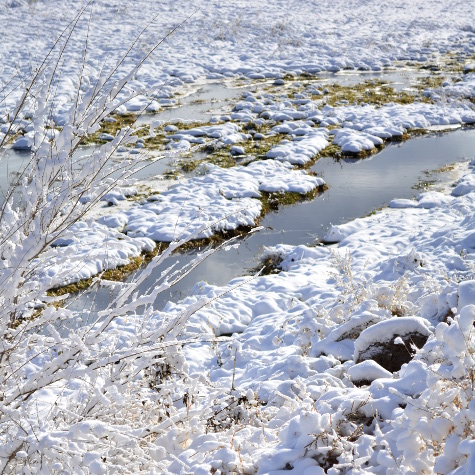 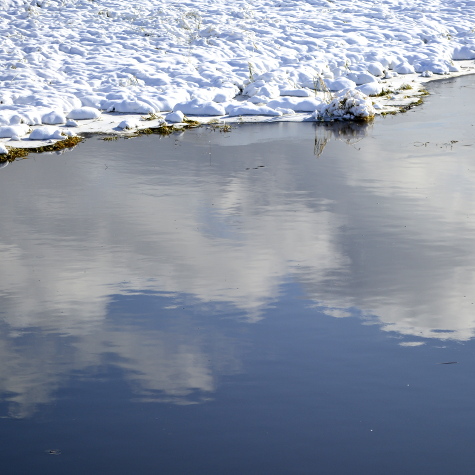 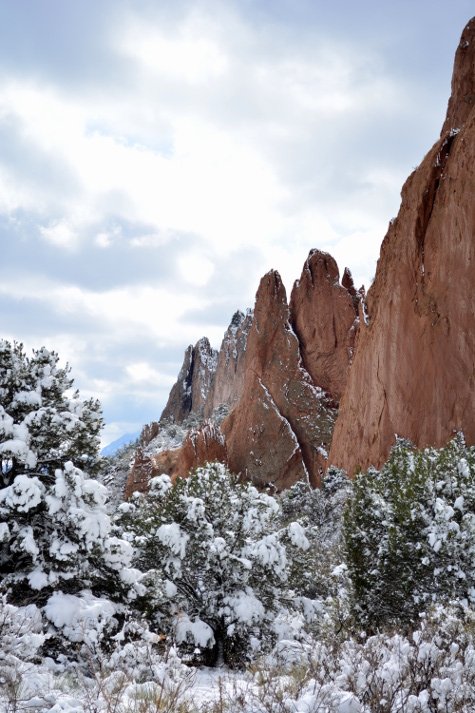 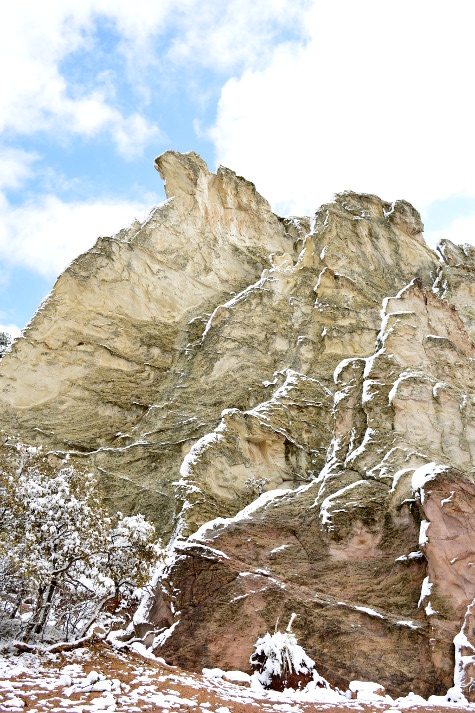 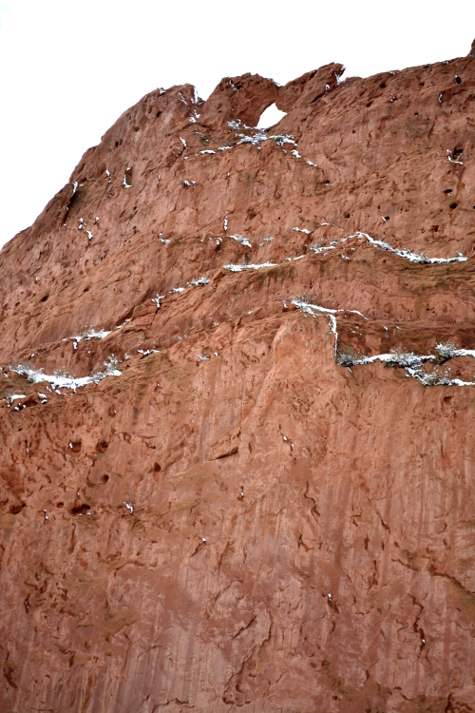 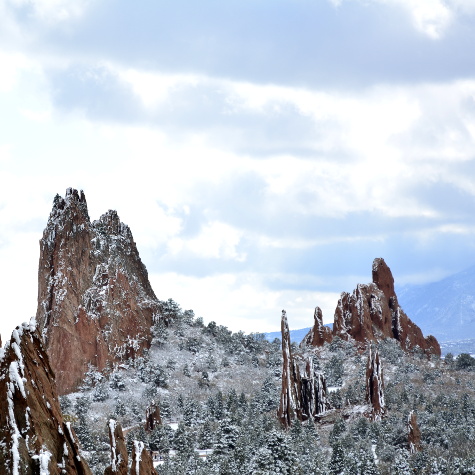 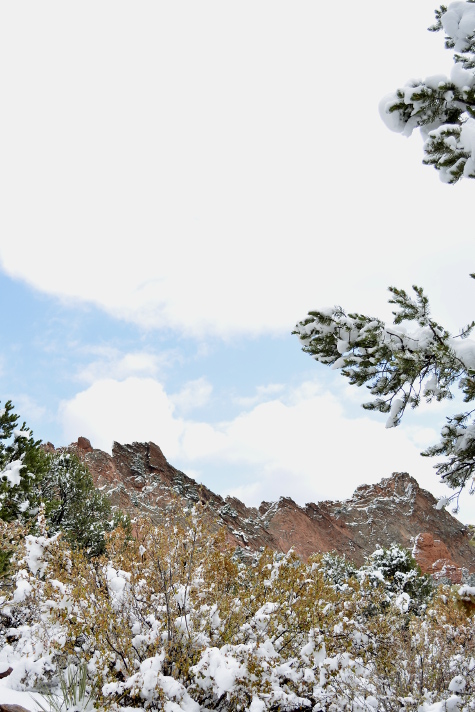 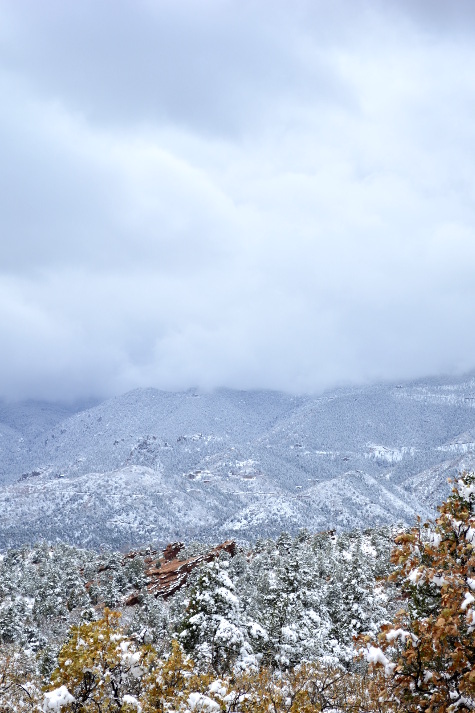 A sweet rain turned snowy Wednesday evening, bringing the usual welcome hush. The blanket wrapped us like wee babes and sent us into the deepest of sleeps. We awoke shockingly late on Thursday, got our daily workout in, and walked our sweet lover of snow dog. How she can be so fond of it, joyfully rooting and spinning and romping, yet do everything in her power to avoid a single drop from a sprinkler shall always be a curiosity.

As if the magnificent morning wasn’t enough, we went for broke with lunch, venturing to the Garden of the Gods, winding and winding through glorious snow capped views. Goodness, the name of the park never leans towards hyperbole. How crazy privileged we are, for flexible work at home hours and to have such wild wonder nearby. Lunch was green chile topped buffalo burgers, wedges of fudge (amaretto swirl (a tad too sweet!) and walnut), and boiling hot coffee. Natives living like tourists, delightedly so. I also bought a painting, a winter scene much like today, of the park.

I have been reading a bit, with The Wonder and The Strangler Vine the best of the recent lot. Oh, and my dearest reliable friend The Shell Seekers, for about the 25th time (no kidding!), tearing up at all the usual places, and feeling immense gratitude for the now departed (February 6th) – Rosamunde Pilcher.

I’ve turned out quite a few lovely pieces of jewelry, too, some of which I ought to photograph. Perhaps soon. I’ve also got movies to talk about, probably next post, a raft of gorgeous heart breakers and side splitters. And maybe a Seventies playlist, as we dove gaily headlong into it recently, with memories of barefooted endless summers, dancing in my room to Steve Winwood in his various incarnations, and Todd Rundgren and Bread and on and on. My word, that decade! 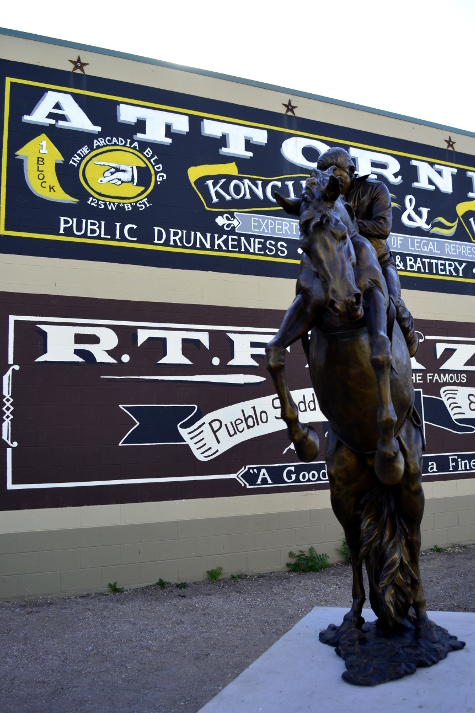 Between the wish and the thing the world lies waiting. 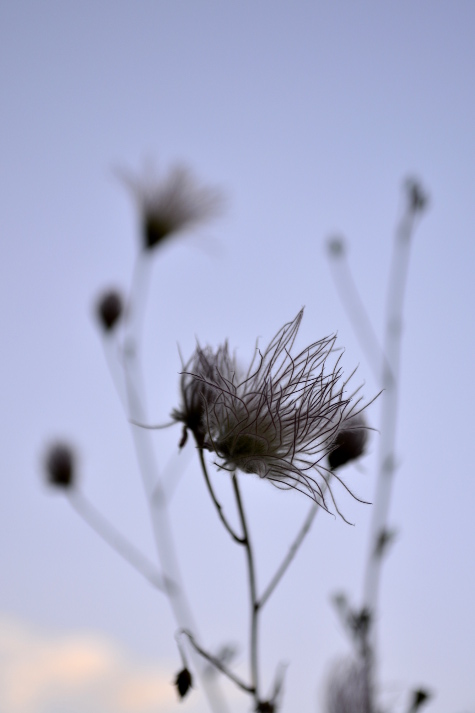 Heaven is under our feet as well as over our heads.