You are currently browsing the monthly archive for April 2009.

Happy Monday to you my gentle readers.  I hope this finds you well.  I’ve been dazzled by all the beauty coming out in the garden and thought I would share it with you. 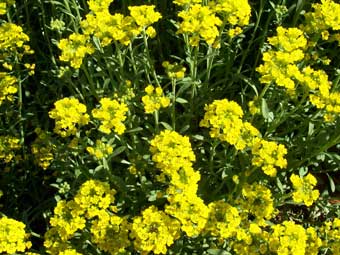 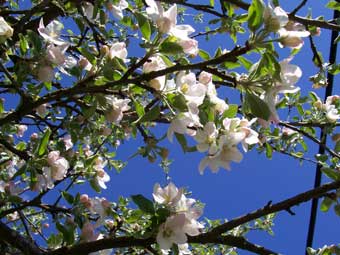 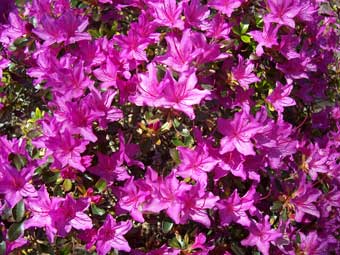 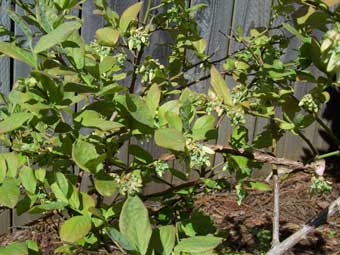 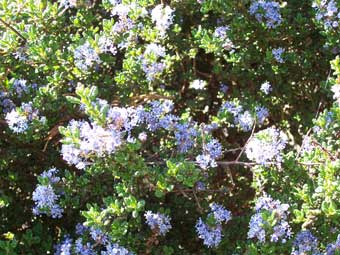 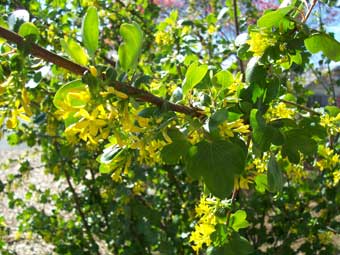 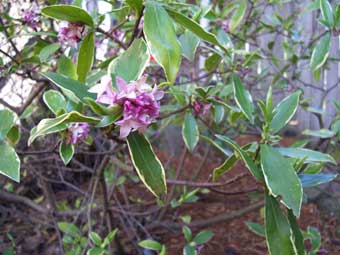 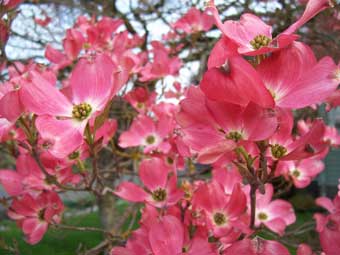 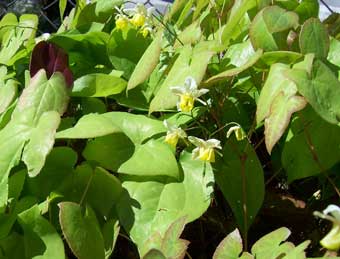 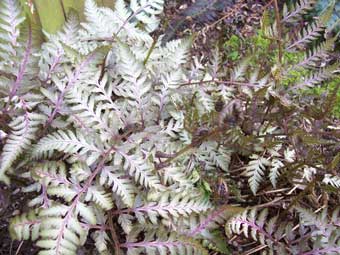 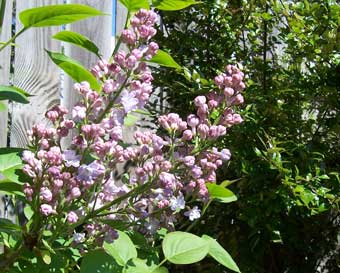 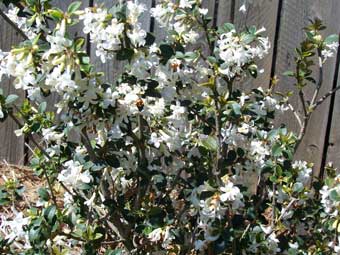 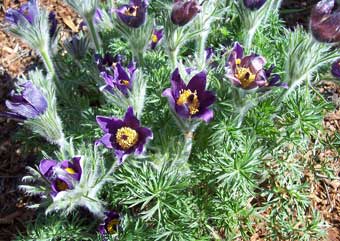 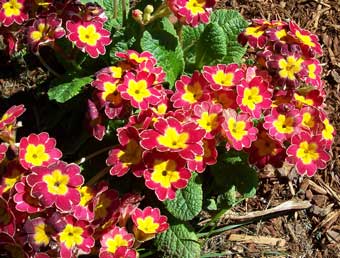 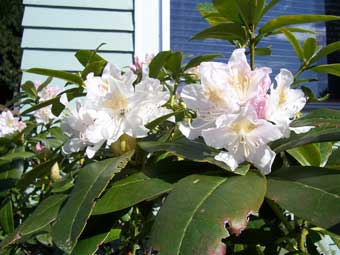 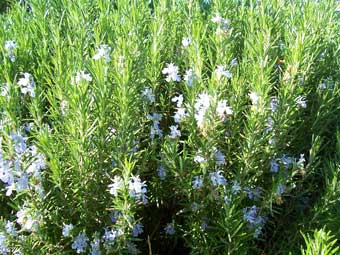 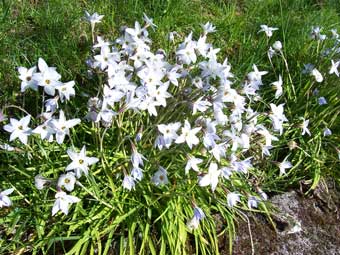 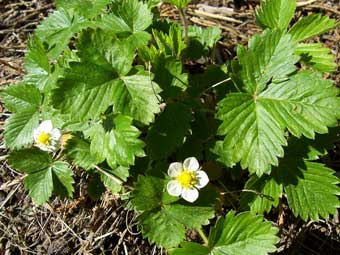 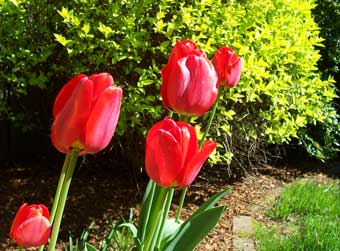 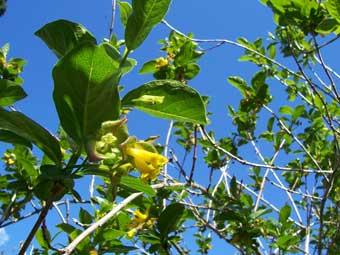 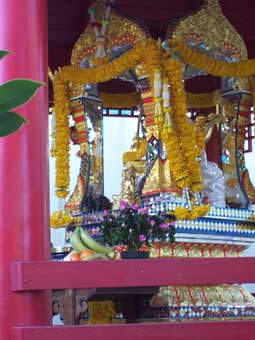 A propensity to hope and joy is real riches:

One to fear and sorrow, real poverty. 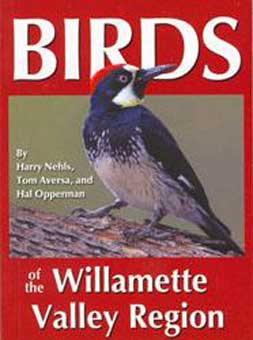 Remember when I told you that I liked to feed the birds in our backyard?  Well,  I think it is safe to conclude that I’ve taken my love for all things avian to a new level, as in I think I can officially call myself a birder.  Since I first wrote about my fine feathered friends, I must say that my interest and awareness has only increased, finding my eyes peering through the binoculars (or “bins” as the veterans say) more and more.

However, what gave the stamp in my passport, so to speak, was participating in my very first Bird Song Walk this past Wednesday morning, organized by the Portland chapter of the National Audubon Society.  We met at Mt. Tabor at 7:00, walking hither and yon through the park listening to and observing many a beautiful winged creature.  An added bonus – the trilliums were in bloom!

Apparently it was a banner day, as we saw: a Merlin, two Red Tailed Hawks, Spotted Towhees, Orange Crowned Warblers, Creepers, Bush tits, Hummingbirds, Stellar Jays (six or seven enjoying a coffee klatch!), Flickers, Thrushes, Crossbills, House Finches, Goldfinches (American and Lesser), Sparrows, Nut Hatches, Pine Siskins, and more that I cannot recall at the moment.  I remained in awe and occasionally on the verge of tears throughout the walk.  That I was in my own neighborhood (a mere fifteen minute walk), among so many beautiful birds and people with such great knowledge (not to mention ears and eyes) was quite humbling.

Apparently, the Merlin was our greatest “get,” as many of the veterans had never actually seen one live and in person.  It was beautiful and incredibly swift – gone in 60 milliseconds!  One of the hawk sitings was rather cool, too.  It was perched on a lamp post near one of the reservoirs, and remained there for the full five minutes we observed it.  Once, as I was watching, I swear our eyes locked through the binoculars.  I felt a wonderful sense of communion.

When I arrived home, I immediately turned to my Birds of the Willamette Valley Region to learn more about each species I hadn’t known before.  Normally I am not one to make such statements, but the book is a must have for Portlanders observing the myriad feathered creatures here in the city, as there is no need to search through page after page of North American birds that may or may not inhabit or migrate through the region.  Additionally, each bird is very well photographed, so there is relatively little guess work.  I highly recommend it.

Who knows, maybe I’ve piqued your interest enough to see you at next Wednesday’s walk!  See you soon… 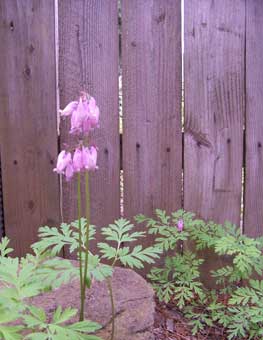 Happy Earth Day everyone!  I hope you are finding new ways to help keep our planet as green and wonderful as Kermie himself.

The above photo is the dicentra (bleeding heart) in bloom on our north fence – so pretty and delicate.  I love it!

Now, for some contrast, as there is nothing earth friendly or delicate about it, I thought I would share a bit of fun.  Follow the links to what I find humorous.  I see three possible reactions on your part: laughter, head scratching, or horror at my bad taste.  What will it be???

This is on one of my new blog favorites, WASP 101.  Humor and style, one of my favorite combinations.  Mara?  Are you there?  You’re going to love it!

More WASPy style at The Trad, as well as this hilarious video.

I’ve had this link in my bookmarked favorites for ages. The Flight of the Conchords rock!

Another favorite bookmark, so wrong it is right.  Bert and Ernie gangsta style. 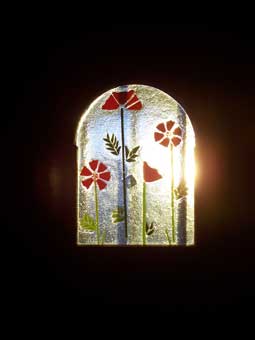 I believe it is the Shakers that have the saying, “Own nothing that is neither beautiful nor useful.”  I would like to make an addendum to that: Or doesn’t have a wonderful story behind it.   I love how nearly every object in my home has a story.  Walk around each room and I will tell you about when we took a photograph, or the fun day we had when I bought a particular trinket, painting, or piece of furniture.

Take this glass.  Isn’t it pretty?  Many of you have already seen it as it adorns our front door, and for those of you who haven’t, welcome!  As you can see, the opening is rather large, and I never liked the idea of total strangers, or even people I do know being able to look right into the house when I have the door closed.

So, for many years, I had some maple leaves I collected ironed between two sheets of wax paper and scotch taped to the glass.  Oh yes, very classy!  Finally, after knowing there had to be a better way, my friend Sarah took me to Kurumi’s, a local glass artist, and I made this, as well as some sun catchers and necklaces, in her studio.  Then the hubster installed it to perfection.

I love it!  The flowers are like poppies, one of my favorites!  As well, it lets in light rather gorgeously and has the little cutout for a peep hole, so I can eye you before deciding whether or not to open the door.  I usually do; stop by and see for yourself…