You are currently browsing the monthly archive for May 2010. 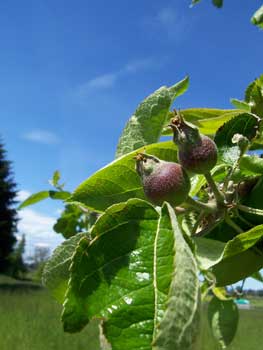 Have the courage of your desire. 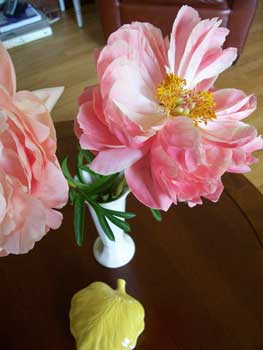 Hello friends!   Thanks for all of the well wishes.  I am feeling better, though my head still hurts a bit, yuck.  Soon it will be over.  I just know it.

As I am generally a woman of my word, here are, as promised, more peony pictures!  The first one is of the Coral Charm variety.  It gets enormous and ever so pale.  By the time the petals fall, it is a gorgeous peach champagne color.  I love it! 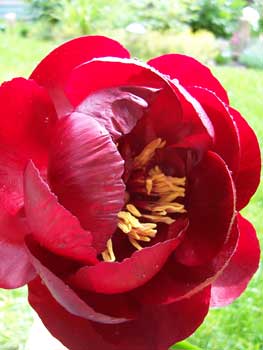 Next is the lovely Buckeye Belle.  She is the hubster’s favorite, but, sadly, didn’t make but two blooms this year.  Everyone else is going like gangbusters, so I guess she is a bit shy.  Hopefully she will break out of her shell next year. 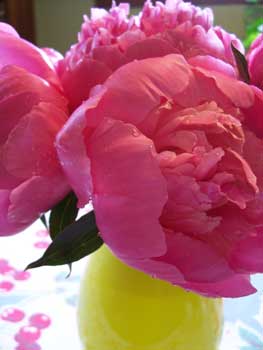 I have no idea what this last variety is called, as I didn’t buy the plant from the Adelman Farm, so I am calling them Bubble Gum.  They look the part, don’t they?  I love them in that bright yellow vase, too, so happy!

Gilion – hopefully yours have started to bloom, though not all of mine have.  I’m lucky to have a long succession of beautiful flowers.  It is such a treat!

And Lori, your hubby is right, with peonies come ants.  Without them, there would be no flowers.  I am just very careful.   Before I bring the peonies in, I shake them pretty vigorously, then blow off any hangers-on.  It’s not generally a problem. Sometimes one will slip by me, but I just take the offender back outside and that’s that.

Now that I’ve got our heads full of beautiful flowers, has anyone ever visited Schreiner’s Iris Gardens?  I just visited their website, and it seems they aren’t too far from Adelman’s.  My friend Sarah and I saw the most exquisite orange colored iris while out walking the other day, and I would love to have one.  Perhaps I will venture out this weekend, and see what I can find.  Field trip!

A Whole Day of Eating

I’ve got a slew of recipes to tantalize your taste buds today.  Plus, apparently, a little alliteration.  Silly me.  I also have a whopper of a headache, a slight fever, an earache, and swollen tonsils, so if this wanders off into the territory of the bizarre, don’t be surprised.  I am not myself. 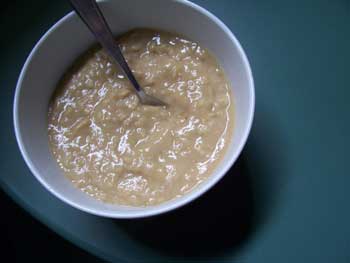 First off, oatmeal (sorry Sarah – I think you’ll like the rest!), but, though it may look it, it is no ordinary oatmeal.  No sirree, this is something special brought on by hunger, of course, a lack of bacon, an ugly banana, and a need for protein.

Start making the oatmeal – add some salt and ginger, to your taste.  While that is going, puree a banana (I used my hand blender in a large measuring cup), add an egg (more if you’re making it for more than two people), and some milk.  Make it as thick or thin as you like.  Just make sure you mix it thoroughly.   Once the oatmeal is finished, add about one third of it to the banana mixture, and, again, mix thoroughly.  Then add this to the original pot of oatmeal, and stir, stir, stir.  If your banana was as ugly and sweet as ours was, you won’t need much sweetener, if any.  This is sooo good, like a breakfast pudding, but loaded with fiber.  A happy start to the day. 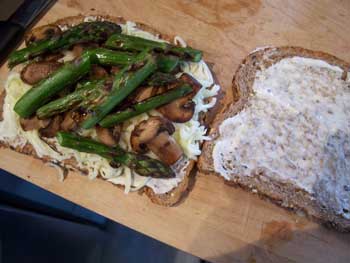 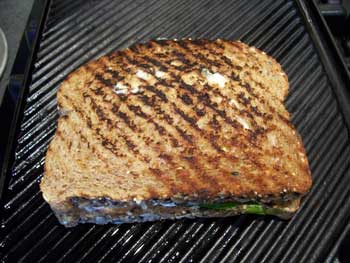 Now it is lunch time and spring time!  Perfect for asparagus, and mushrooms, and exclamation points!

bite sizes of asparagus (cooked however you like – mine was roasted with EVOO, salt, and pepper)

sliced mushrooms (sauteed in a little butter or EVOO)

Havarti Cheese, grated (I learned this from Sarah – it melts so nicely!  I can’t believe I hadn’t thought of it before.)

Start heating up your pan over medium heat.  I use a Le Creuset that covers two burners.  It is the tops!  Make the spread –  I mix equal parts of mayo and yogurt (this makes it light and creamy), then add little bits of the rest until it tastes just right, being careful with the mustard and horseradish, unless you like to cry while eating.  Save when they are tears of joy, I am not keen on this.  Construct your sandwich, heat, and eat.  It tastes great with potato chips and a crisp apple.  Some sparkling apple juice or wine probably wouldn’t be bad either.

One lovely Friday evening, we weren’t terribly hungry, and I had a small but beautiful assortment of produce in the fridge, but no lettuce or tomato, and stale heels of bread.  It’s a sunshine salad!

Tear up stale bread into bite sized pieces.  Toss in olive oil (not too much).  Sprinkle with salt, pepper, and crushed dried rosemary.  Toast in the oven until golden brown.  Allow to cool.

I roasted the orange bell pepper over the burner and put it in a brown bag to sweat.  Meanwhile, I diced an avocado and sliced some radishes.  Rub the skin off the bell pepper and dice.  Arrange everything nicely on a plate, drizzle with vinegar (I like white balsamic), EVOO, and sprinkle with salt and pepper.  Drink with the next recipe – we did, and it was marvelous. 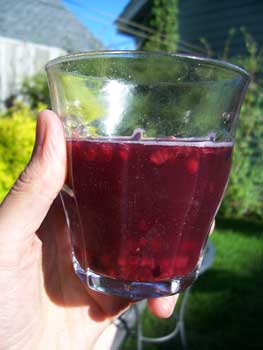 We had half a bottle of red wine that had been sitting for a few days, not exactly good to drink on its own, so I made a zippy sangria-type beverage.  I got out a pitcher and muddled frozen blueberries and raspberries (about 3/4 of a cup?) with a little frozen apple juice concentrate (a tablespoon?), then I added some Grand Marnier (splash!), brandy (splash!), the red wine, and a can of sparkling water.  Man was it good! 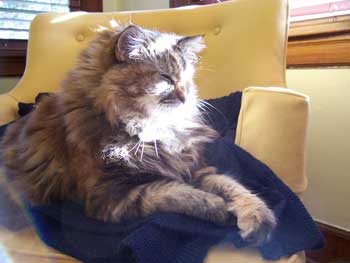 I will dare to just do what I do.  Be just what I am.  And Dance whenever I want to. 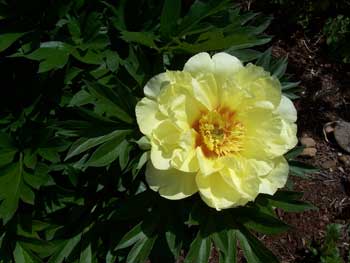 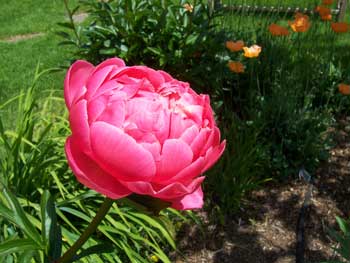 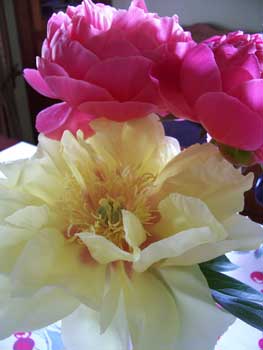 It’s peony season, my friends!  Aren’t they lovely?  I don’t have much to say about them, aside from the fact that they make me quite happy.  Oh, and by the by, there will be more photos.  As The Carpenters sang, “We’ve only just begun…”