You are currently browsing the monthly archive for June 2014. 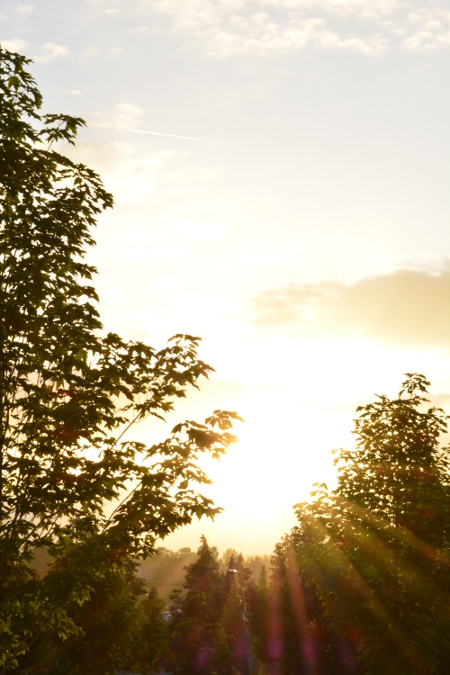 When it was dark, you always carried the sun in your hand for me. 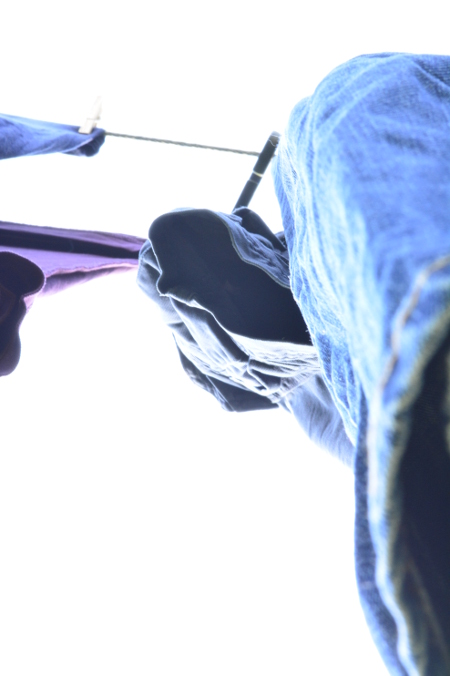 And so with the sunshine and the great bursts of leaves growing on the trees, just as things grow in fast movies, I had that familiar conviction that life was beginning over again with the summer. 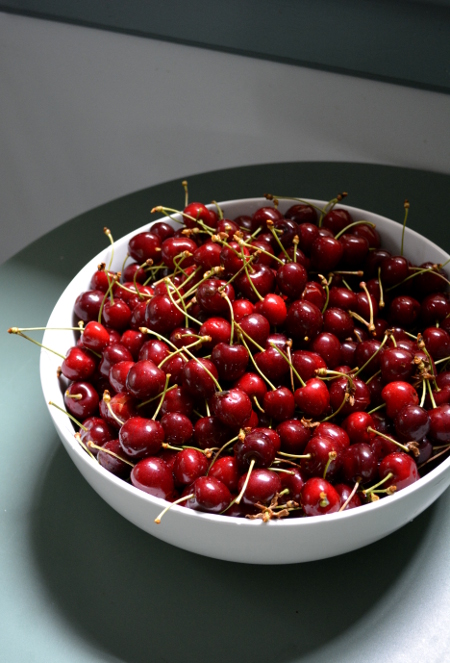 Imagine this is your largest serving bowl, the one you use for a crowd (maybe just your kids!), requiring your giant pot for the water that takes ages and ages to boil. B I G. This is that bowl, and I filled it with cherries! Truth be told, it actually had more in it, another cereal bowl’s worth, but who in their right mind waits to dive in before taking a photo? Not me, peeps, no way, no how. Cherry bliss! I picked these myself, too, just down the street. How is that for local and organic? My neighbor’s tree was positively loaded with the ruby jewels. I wish I could say the same about mine, but, it did make great strides in the production department this year, with probably two dozen mouth watering cherries. Baby steps!

All of this stirs a memory, six weeks in France, one summer, eons ago. I studied in Amiens (World War I buffs will know this name well), a quaint town in the north, complete with canals and a grand cathedral (of course). After my studies were over, I headed south, to Paris, Bordeaux, Angouleme, Avignon, and Saintes Maries de la Mer. It was the first time I had ever been completely alone, and while this was fine the majority of the time, so busy with learning and exploring and eagerly filling my head with all things French, there were lonesome pockets. The hubster was thousands of miles away, and the void, of our enlaced hands and eager voices describing the essential and mundane details of our separate days, positively wrecked me at times.

But, like much of life, there are moments that enfeeble our dark hours with glorious beams of light. Mine came as surprises, like the man at breakfast in my tiny hotel in Angouleme. We exchanged pleasantries in swift French, and he was utterly shocked to learn that I was an American. “Except for Jodie Foster (on whom he had a serious crush) they do not speak good French. Your parents are from France? Your grandmere?” I assured him that my parentage was wholly American and positively beamed at relaying that my accent and vocabulaire were no coincidence but the product of diligence and a bit of love.

Another surprise came early in my voyage, when out walking in Amiens, I stumbled upon a concert at the Cathedral. I sat near the back on a wobbly folding chair, not expecting much. Then the music began, with the sound of string instruments performing fantastic acrobatics one moment and soulful pirouettes the next. Coupled with the dazzling summer light, the soft hues of stained glass, it was wholly transcendent, with me embodying every vibrant and luminous molecule in the space.

Then there were the cherries, the first of the season. I spied them from a distance, walking through an open air market. Cherries of my happiness, favorite fruit in the world! Salvation and balm in one, I bought a bag, one whole kilo (two pounds, three ounces just in case you don’t know), and ate them in one sitting. I have no memory of being too full or wishing I hadn’t, only the distinct pleasure of doing exactly what I wanted when I wanted and enjoying every minute. In hearty celebration, the very next day, I did it again. 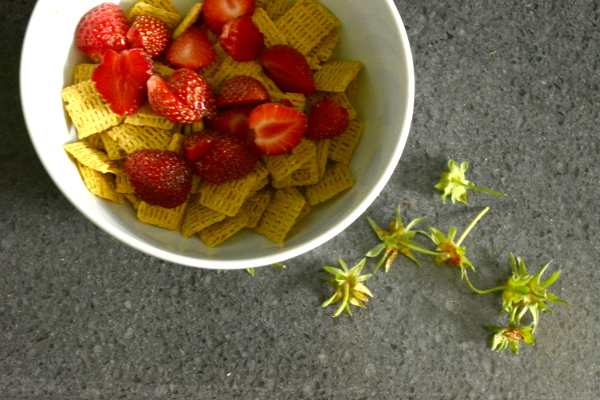 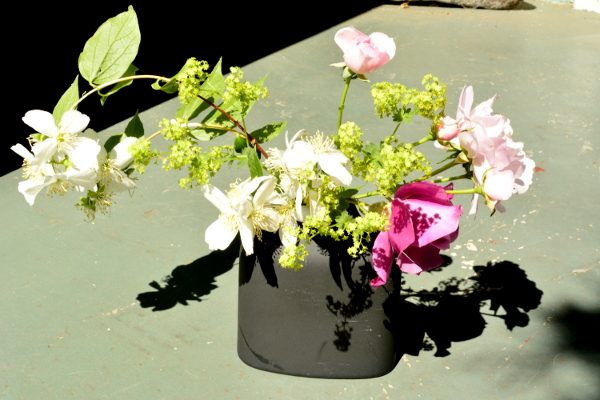 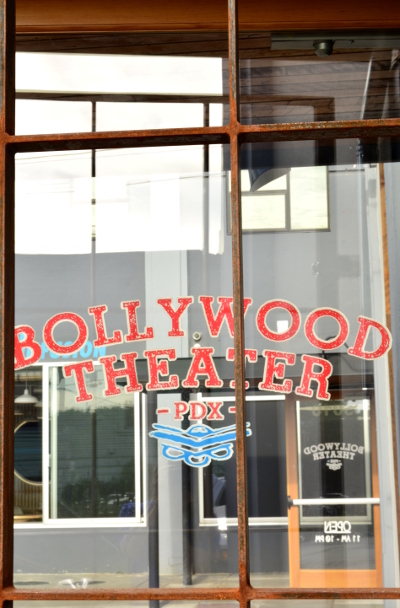 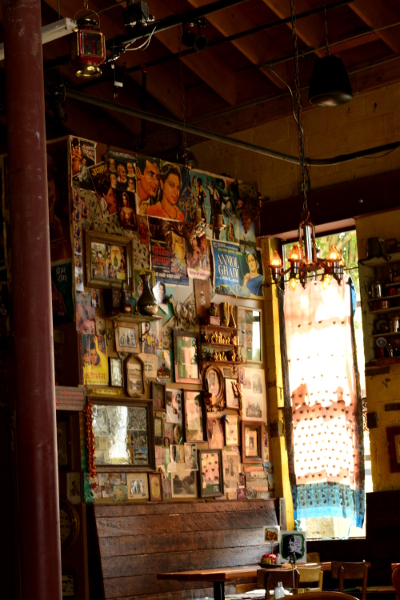 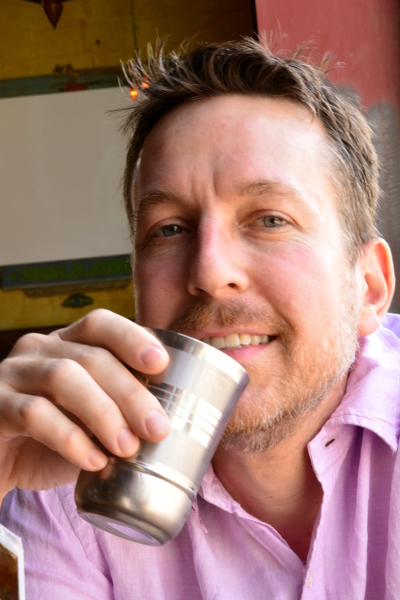 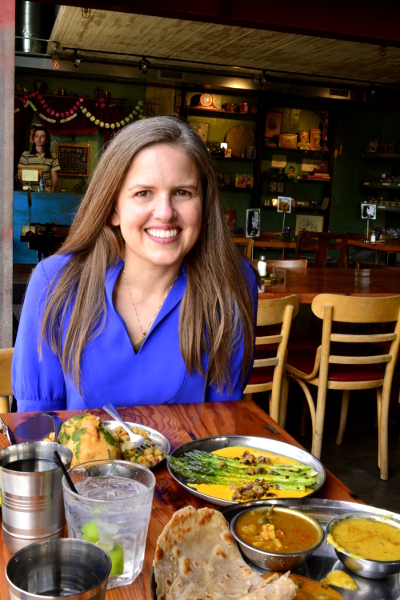 awoke with the sun, to cuddles and the purring of cats.

ate every strawberry I picked.

set my abs and butt on fire with Cassey Ho. Silly and fun, she kills me every time!

mowed and fertilized, and plunged my hands into earthy compost.

heard the first steady hum of bees on blossoming lavender.

got bouquets, cards, and well wishes from friends and loved ones.

walked with the hubster, love of my life.

ate dinner to the Bee Gees, Hall & Oates, and Fleetwood Mac, and sang my heart out!

realized, in a weepy moment of gratitude, that the greatest gift I’ve recently received is that I am finally surrounded by MY people. I’ve shed the drama queens and gossips, the self-absorbed, the unkind, the ones who lack the common courtesy to call or email. My people are kind, caring, fascinating, fun, and super duper smart. We get each other. We love each other. We share all we have and all that we are.

A pretty terrific way to celebrate forty-three orbits around the sun! 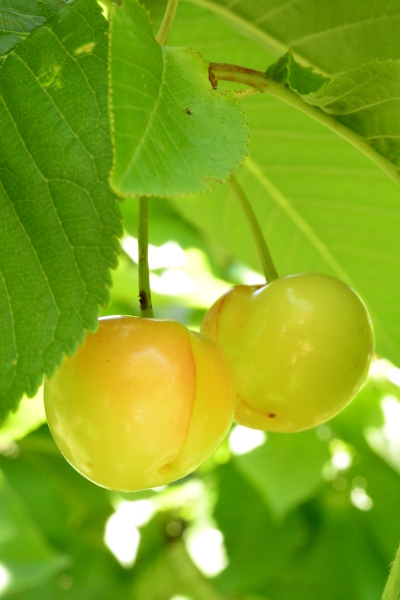 A single word can brighten the face
of one who knows the value of words.
Ripened in silence, a single word
acquires a great energy for work.

War is cut short by a word,
and a word heals the wounds,
and there’s a word that changes
poison into butter and honey.

Let a word mature inside yourself.
Withhold the unripened thought.
Come and understand the kind of word
that reduces money and riches to dust.

Know when to speak a word
and when not to speak at all.
A single word turns the universe of hell
into eight paradises.

Follow the Way. Don’t be fooled
by what you already know. Be watchful.
Reflect before you speak.
A foolish mouth can brand your soul.