I first saw Wayne Dyer on PBS when they were advertising for his special about The Power of Intention.  Something about the commercials really turned me off, so I didn’t watch the show or buy the book.

I guess it must have been a couple of years later when the show for his next book Inspiration: Your Ultimate Calling came on the air.  Like the first time, I was resistant, making sure I kept away from PBS the first night it was aired.  However, rather surprisingly, when I turned on the television on a lazy Sunday afternoon and saw that it was on, I kept watching.

I enjoyed what I heard.  Like the title, I actually felt inspired and a bit awed, expecially about the butterfly story (you’ll have to read it – I’m not spoiling it).  So, I told Gregory, “I think I might buy that book.  It sounds like it might be what I’m looking for in my life right now.”  He was less sure, but I tend to be the first in our household to jump on any sort of exercise or self-help bandwagon.

Here’s what convinced us both:

Have you ever seen Angel Cards like the one above?  They are small, probably 1″x 2.5″, and have a word or phrase with a drawing of an angel (or angels) in some corresponding way.

We first saw them at our naturopath’s office.  Each patient drew a card at the beginning of their visit for something to ponder in the waiting room.  We liked the idea of the cards, so Gregory bought us some (in French!  They’ve got them in many languages :).

In a strange coincidence, or maybe not, the card I drew on the Monday after viewing the program was Inspiration (insert weird sound effect here).  You bet your booty I bought that book at the first opportunity, and, of course, it changed my perspective about the world and my life in a very profound way. 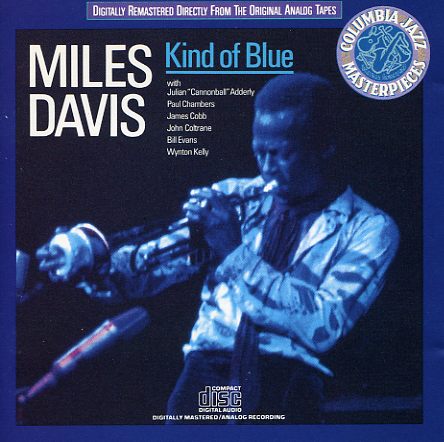 The first time I ever laid eyes on Miles Davis was when my dad left the album (and it was an album) Kind of Blue out on the bar while he was listening to it.  To be honest, the picture on the cover spooked me.  For a young girl with a very vivid imagination, the blue lighting, the shiny shirt, and the fact that I had never actually seen a man playing a trumpet before made me think that Miles was an alien wielding some sort of crazy weapon. Very frightening, indeed.

Thankfully, I stayed in the room long enough to learn that even if this shiny shirted being was a scary space alien, I could forgive him because he was also a mighty fine trumpeter.  The music was unlike anything I could recall hearing before: smooth and dreamy, with a slightly hypnotic drum beat.  I was hooked then and there. It remains my favorite of Miles and is most definitely on the “desert island” list.

***As it turns out, this is a faulty memory.  I swore that this was the album cover I saw as a kid.  My dad confirmed that it isn’t.  Yikes! What happened?  Mysteries abound…

She’s my baby girl, my first draft, out in the world without me. She’s having sleep-overs at the homes of my dear friends, even venturing off to sunny Mexico.

Will she be safe? Will she play well with others? Will they like her, enjoy her company? It is all out of my hands now.

No matter what happens, I know that I made her what she is: silly, creative, strong, independent. I loved her, coddled her, coaxed the best from her. No one can take that away from me, ever. She is mine yet never really was.

Where will she go from here? It is not for me to say, only to hope. 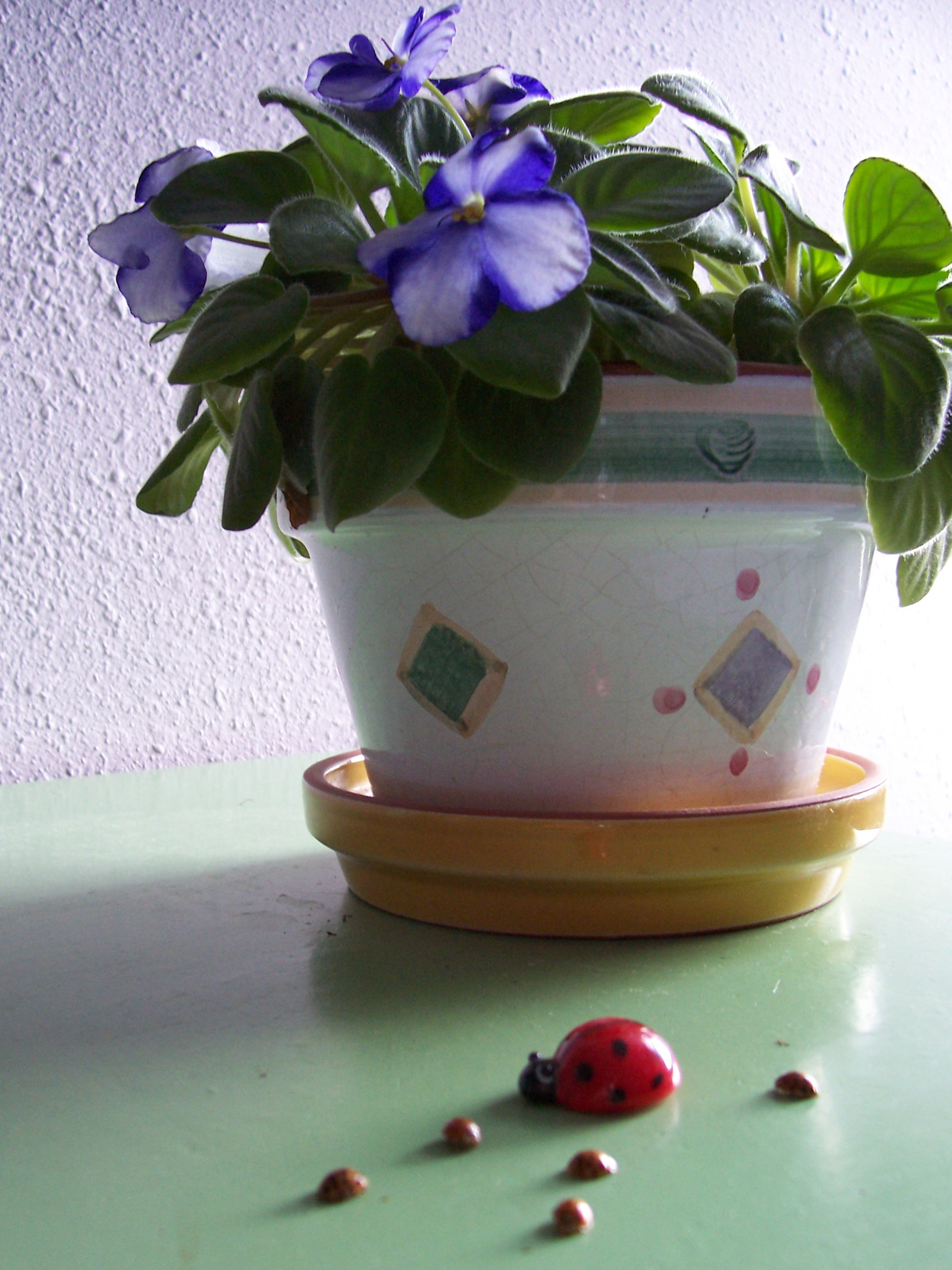 If there is any truth to the superstition that ladybugs bring good luck, then our household is swimming in it.  Since we moved in nearly ten years ago, we’ve had thousands in our yard and hundreds in our house.

There was a week last summer when they were particularly abundant.  There were swarms of them zooming around outside, even flying into us when we were out in the garden.  You’d think they had better vision than that, but I guess when there are that many of them, it makes it even harder to avoid humans moving about.  It kind of reminded me of The Jetsons when they would show all of the people flying around in their space cars.  Zoom!

I am always delighted by their presence.  They never fail to cheer me up, particularly when they land on me.  This picture was taken this afternoon in our guest room, which I suppose is entirely appropriate because they are most welcome here.  I even bought the little glass ladybug to put in the window like a neon sign advertising our ladybug friendly status.

Shiva Rea and My Yoga Evolution 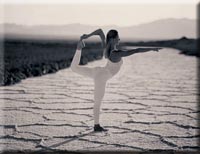 I first began practicing yoga about eight years ago.  I dabbled with different videos and “live”classes, but was never very serious, at least, not until I discovered Shiva Rea.

My introduction to Shiva Rea was with the Yoga Shakti video on Amazon about two years ago.  I was immediately intrigued by the possibility of creating my own practice by selecting from the different series of vinyasas on the yoga matrix.  Since then, I have also added the Fluid Power Vinyasa Flow and the Creative Core Abs to my collection.  Each DVD gives me myriad possibilities for my practice, including degree of difficulty and length.

However, the best part about the videos is Shiva herself: strong, graceful, and powerful.  She radiates peace, love, and joy.  I find myself inspired by her, learning to approach yoga in a completely different way by connecting my practice and my life.  Before Shiva, I was “doing” yoga, but here, I feel myself evolving and actually “being” each of the asanas, all while growing stronger, too.  It is really quite wonderful.

It is funny, too, I created the title for this entry before deciding that I wanted to include a picture of Shiva, so when I did my Google search, I found her website and it is called Shiva Rea: Yoga as Conscious Evolution.  Kind of an interesting coincidence isn’t it?  Her presence in my life extends far beyond my practice.

Who knows?  Maybe one day, we’ll even meet.  Until then, thank you Shiva.  Infinite blessings upon your path…