You are currently browsing the daily archive for February 13, 2009.

Withnail and I, yai, yai! 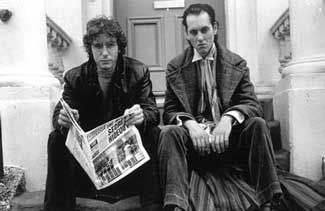 I don’t know how I missed this movie for so long – having been released in 1987, but I did.  I only learned about it from a story on NPR last week.  Apparently, the country house to which the gentlemen (I use this term very loosely) get away is on the market.  So, if you happen to be a fan, live in England, or would like to relocate, and have 145,000 pounds (not dollars), the place could be yours. The aerial shot looks quite nice, but everything looks better from a distance, doesn’t it?

Anyway, this post is about the movie Withnail and I, which is really quite good.  Withnail and Marwood are two best friends and out of work actors.  They live on the dole in absolute filth, dying things in the sink, messes everywhere, especially in their heads.  And this is why – though they scarcely have two pennies to rub together for food, Marwood actually eating coffee out of a bowl to pretend it is soup, they’ve always got a pound or two to spend on liquor.  If there isn’t any of that available, Withnail is quite content to try other means, no matter how unorthodox. 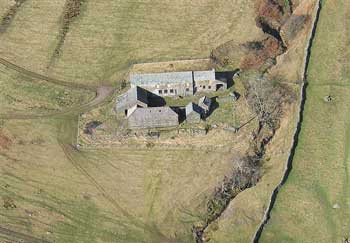 Marwood, in a fit, decides that the pair needs to get away from the cold and damp of London, so they convince Withnail’s Uncle Monty to lend them his cottage for the weekend.  They drive out in the outrageously dilapidated Jaguar and start their adventure with assorted country folk, both hostile and friendly, and randy creatures of the four and two legged variety.

The film is a creative, funny and sad romp to the English countryside.  There’s depravity, humor, and just plain kookiness.  It is filled with awesome one liners and other bits that kept me laughing or in a general state of disbelief throughout the film.  Watch it and see for yourself.