You are currently browsing the daily archive for January 20, 2012.

Without meaning to, this week I watched two films (or fil-ums as I once read in an Irish novel) that involved the murder of a child. What the h-e-double-hockey-stick kind of coincidence is that, anyway? Despite the rather gloomy subject matter, they were quite good and had me rapt. 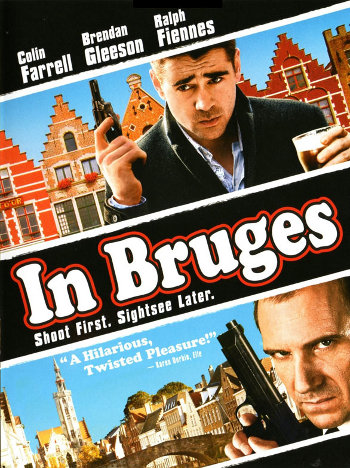 In Bruges, takes place in, you’ll never guess, Bruges! Or “fucking Bruges” as Colin Farrell’s character often says. He plays Ray, a hit man who makes the rookie mistake of murdering a boy along with his mark. He’s in Bruges with his partner and sort of mentor, Ken (the brilliant Brendan Gleeson), while they wait for the dust to settle back in London. I’ve seen this fil-um touted as a comedy, and while there are some humorous moments, don’t go in thinking that it’s going to be funny. It’s actually very melancholy and quite beautiful, save for the end. Avert your eyes, for there will be blood, my friends.

As Ray fights their exile, forever cursing the city, and Ken embraces it, happily taking canal tours and exploring some of the oldest architecture in Europe, both struggle to come to terms with their chosen profession, a sincere loneliness, and, most importantly, the loss of the boy. They meet an assortment of characters: a caring hotel owner, an obsessive gun runner, a stunning drug dealer, and an opinionated dwarf (or midget, depending), each bringing out the essence of Ken and Ray, how they got to this place, and hope for something more. It is lovely and thoughtful in its brutality. 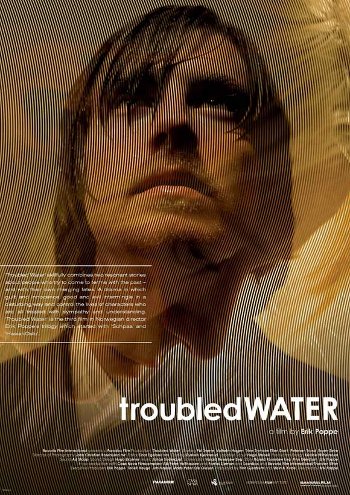 Troubled Water is Norwegian and tells two perspectives of the same event. The life of Thomas after his release from prison for murdering the boy, and Agnes, the mother of the murdered child. Each takes half of the film and merge in the end.

It is almost a thriller and definitely a meditation on forgiveness and reconciliation. How can you ever move on from something so horrible? Thomas tries to start fresh by becoming an organist at a church, his playing a mesmerizing gift. He likes the female priest, and her son, Jens, takes to him immediately, despite Thomas’s protests. Perhaps he is not evil?

Agnes obsesses about Thomas and what he might do now that he isn’t behind prison walls. Is she safe, her husband, their adopted daughters? Then there are the last minutes of her son’s life, never knowing exactly what happened. The truth sets them both free and has the audience (or maybe just me) gasping for breath.