You are currently browsing the daily archive for August 10, 2015. 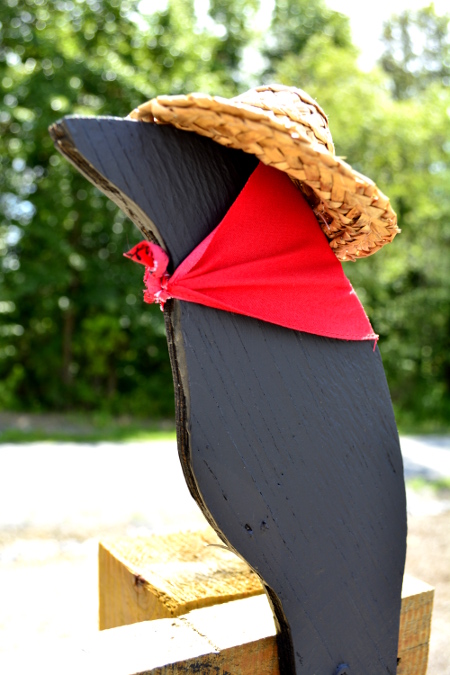 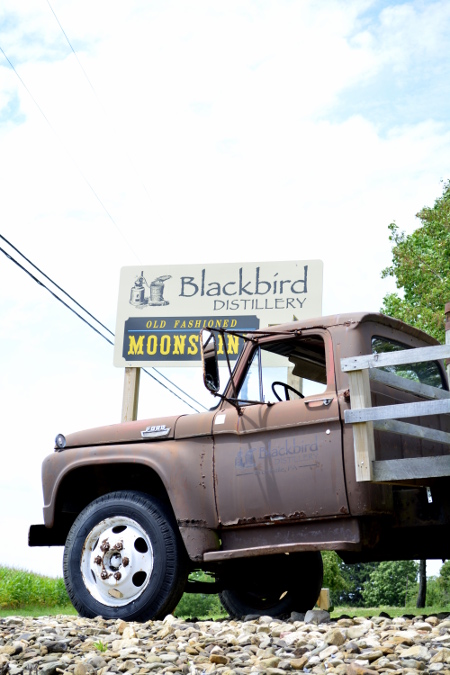 Happy Monday from a stop at Blackbird Distillery in Brookville on our way to the Kinzua Bridge this past Friday. It’s a blink and you might miss the turn (we did the first time by) but definitely worth the trip. What a hoot! The man in charge was utterly hilarious and highly knowledgeable about every product Blackbird makes and sells, which includes moonshine in a myriad varieties, sauces, pickles, smoked meats, cheese, and more. Everything we tried was terrific. We came home with a t-shirt for the hubster, a bottle of the Lemon Drop Corn Shine (delicious!), beef jerky, and the best jar of pickles since moving to Pennsylvania. Spicy! 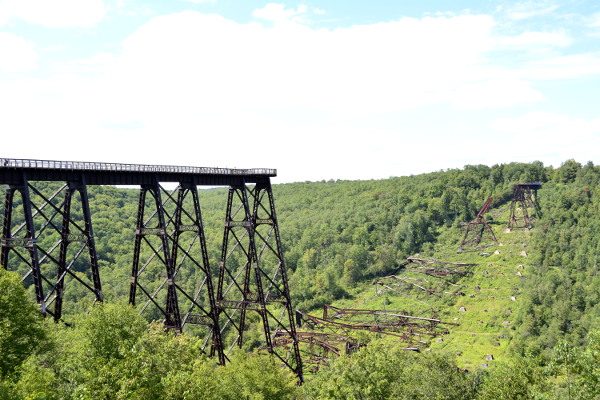 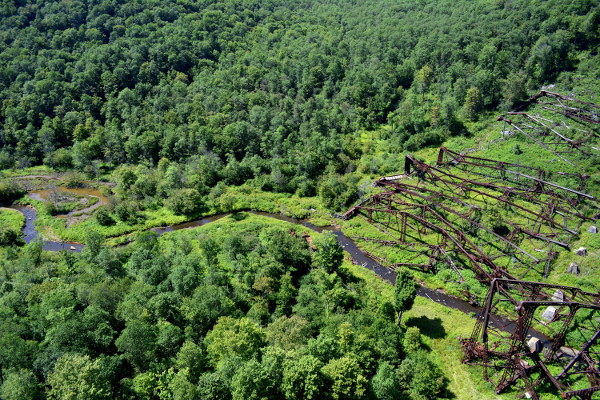 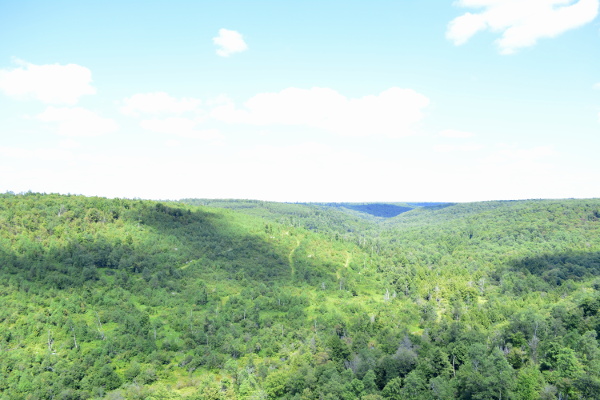 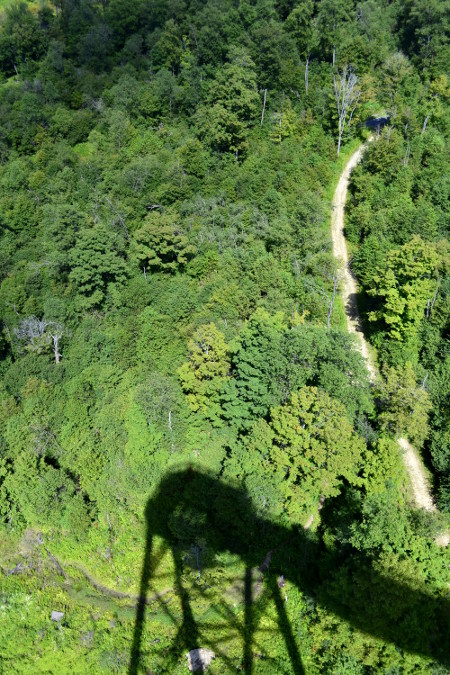 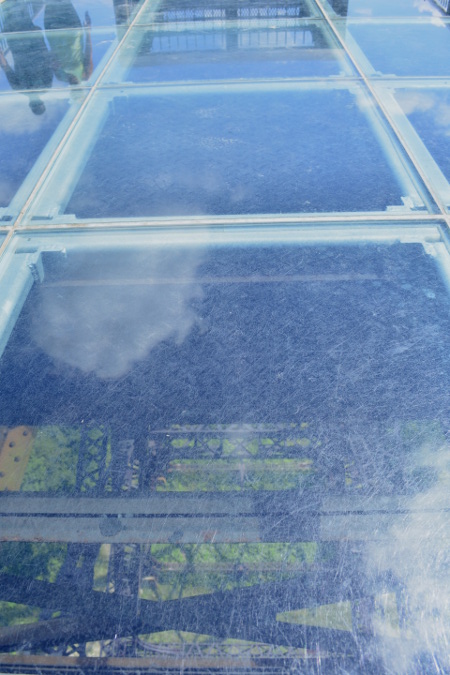 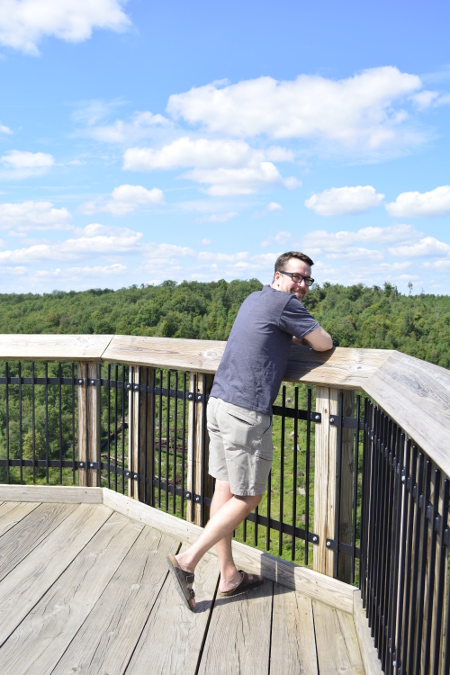 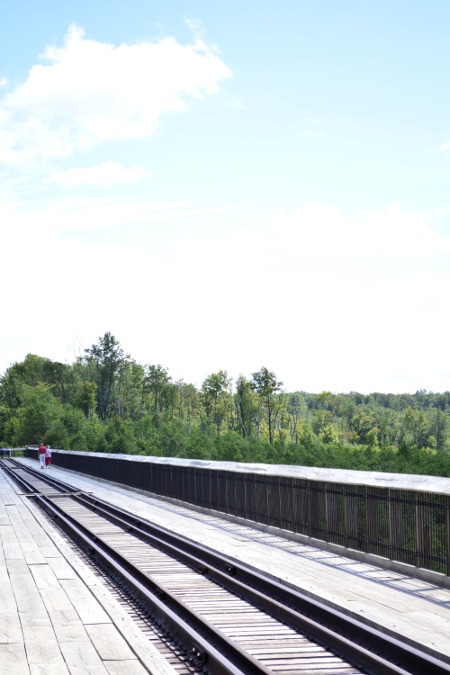 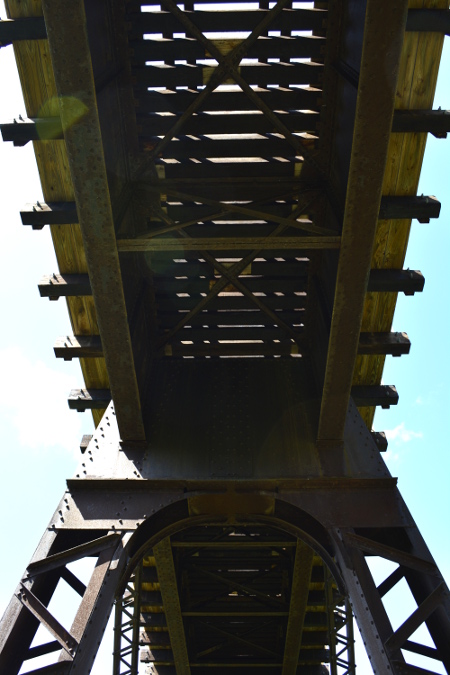 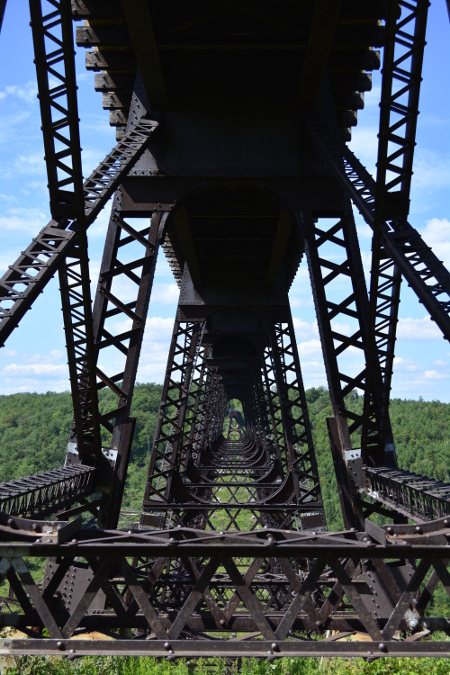 When it was built in 1882, the Kinzua was the tallest railroad bridge in the world. Though it only held that title for two years, it remained in commercial service for another 77, and later became part of the state park that bears its name. In a rather unfortunate turn, much of the bridge was destroyed by a tornado during restoration work in July of 2003, the twisted remains more akin to toothpicks than steel and a heady reminder of the fierce power of nature. At 301 feet, it’s a looong way down from what is now called the skywalk. Though I do not consider myself to be afraid of heights, it took all the courage I could muster to walk across the glass viewing panels. Eek!

Oh, and should you make the trip, be sure to stop by Stroup’s Maple Syrup, just down the road apiece from the park entrance. Harvested and processed right there! If you are lucky, you’ll be greeted by Skippy the Jack Russell Terrier, who very much likes pets from strangers. 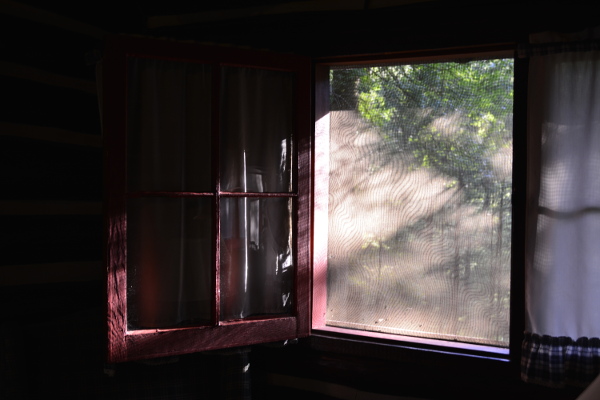 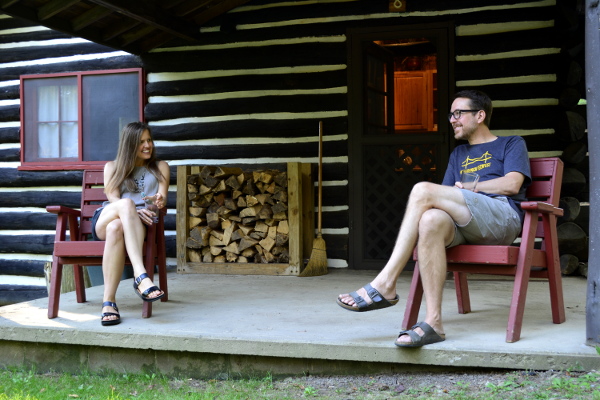 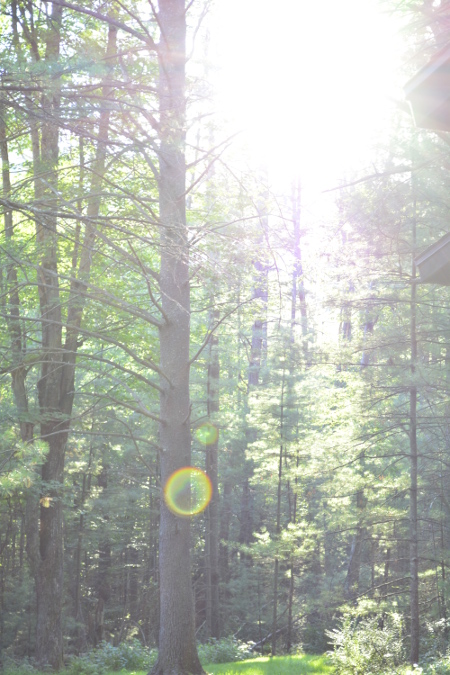 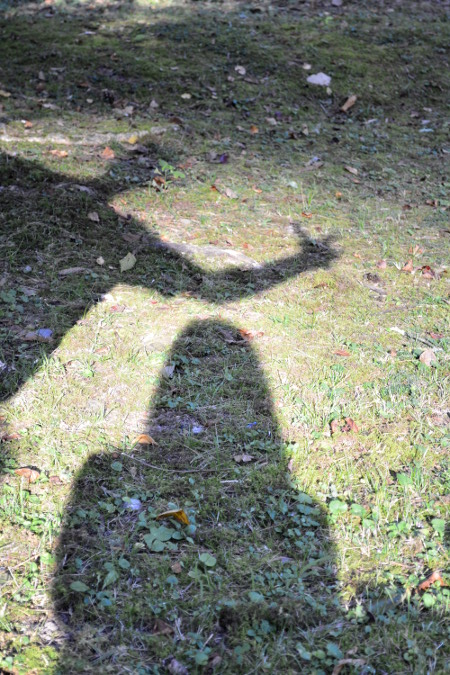 The beautiful light in and around what might be the the handsomest cabin in the woods, and the sad source of our misses. Part of the Gateway Lodge, we’d planned on staying two nights and breakfasting at their cozy restaurant. Our first disappointment arrived when we learned at check-in that the lodge and its restaurant would be closed for a private party the whole of the weekend. Well, bummer, but we’re easy going and not about to let that get us down, and the cabin has a kitchen, so we’ll buy some breakfast provisions at the cute market down the way. Problem solved. Then came the unfortunate assault when we opened the cabin door. Mildew, potent and unpleasant. We opened windows, built a fire, and sat on the porch sipping our newly purchased shine to give it time. The sad truth was that nothing we could do would get rid of the odor or our disappointment. So we got a refund (which they were very kindly about) and drove home.

Thankfully it was only a couple of hours away and during the dreamy hours of the setting sun. And then a strange apparition, the glow of row upon row of tents, hundreds, maybe even thousands of them, right off the highway, like something out of a dream. We wondered and speculated at the largeness of it. What could it be? Our answer would have to wait for an internet connection.

The Pennsic War. A large living history group, gathering annually in numbers around the 10,000 mark, entirely dedicated to the Middle Ages “as they ought to have been.” Everyone in period attire, with battles and other challenges and the earning of war points. It all sounds quite interesting and organized, the Renaissance Fair on steroids, but, sadly, an entirely private event. The only method for observing is to become a member. Wait, I found a video. Fascinating! 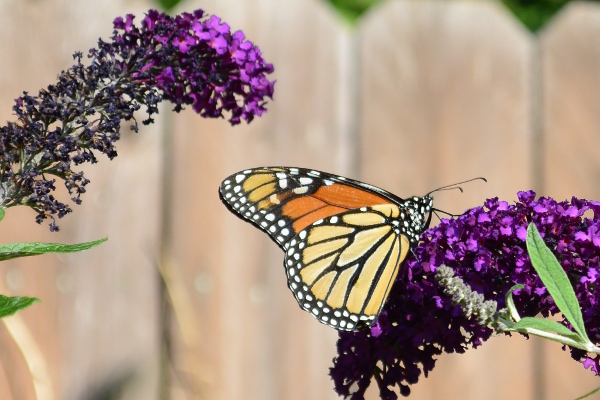 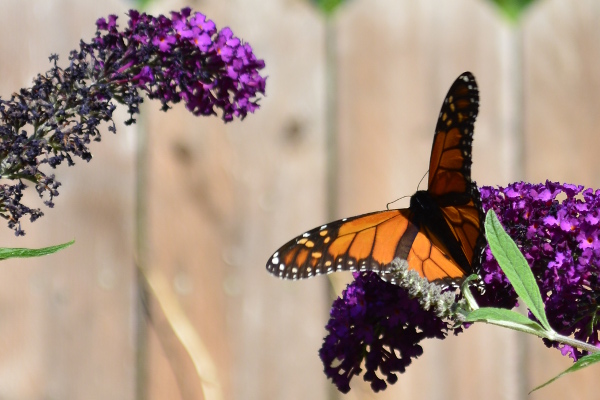 Yet another dazzler at the butterfly bush! A Monarch, I think.