You are currently browsing the archive for the Being category.

We watched Sound of Metal recently, the only, I think, Oscar nominee we managed this year. It’s funny how I used to be so into it, seeing the movies, watching the red carpet, the ceremony, so interested and invested in it all. The clothes, the speeches, the wonder! A season of my life now complete, I suppose.

The film, however, got to me, deeply. How for a long while, a body moves along, believing it is one person, doing life in one certain way, contentedly so. Suddenly a change comes, wholly unexpected and painfully blunt. In the main character’s case, a loss of hearing. How does a drummer go on when he can no longer hear the notes? How does a body get out of the head space of necessity? Of Disability?

How true this is. How true that our minds are often our greatest road blocks. Stories we are told. Stories we create. Dysfunctional patterns and beliefs run riot, ruling us like bullies, toddlers in need of rest. How bankrupt and desperate. Sometimes ugly, too.

How potent the moment when we witness this ugliness from a distance, truly recognize it. Embrace it with love. Then let it go. What sweet freedom. What peace.

May we all arrive there.

Hello from nanuck and his cowboy hat girlfriend! Greg’s words, not mine, but chuckle worthy and true, especially when you look at his shadow on the street. Very eskimo and cowboy.

Thankfully, we are still enjoying all of our dining in (Greg says it’s the best restaurant in town), the top photo the best pork chop of my life and the steak at the bottom topped with a Korean BBQ style sauce of wonder. I’ve been brining, smoking, then pan finishing just about all our meats lately, and what delicious magic it has been. Everything cooked to absolute perfection.

I found a no-knead bread recipe from King Arthur flour, which was crusty good and enjoyed over two days, and this week’s Sunday dessert was cake made with freeze dried strawberries, the frosting, too, utterly cheery and delicious! My ever-sensitive system found it all a bit much, sadly, so I am going to dial back the grains to one day a week. Too much information, I know.

We braved the world in the car on Saturday, the first time in 16 days, off to Target and Safeway (we have vegetables and greens again!), and felt positively weird to be shopping with such heightened awareness. I made a bottle of hand sanitizer with alcohol, water, a little avocado oil, and essential oils, and sprayed every cart surface liberally, and our hands, too. One small measure of control in our very unsettling times. So far, so good.

It was also nice enough to get work done in the garden and chat with neighbors as they walked or bicycled by. Everything is greening up, and the tulips should be beginning their show soon. How I am looking forward to that!

February 3, 2020 in Being, Exploring by Colleen | Permalink

Views from a couple Palmer Park walks. We’ve lived here for nearly four years, and I have only become more enamored with the park and our close proximity to it. I do a lot of counting of my lucky stars, I tell you!

And yesterday’s bedroom view. The windows were open wide to the 70 degree day! We sipped cool drinks in the sun and watered trees with snow melt. Juniper romped and rolled herself into filth. Luckily it was bath day, so she is silky and shining again. Good girl.

And now, in perfect winter fashion, it is 40 degrees cooler, and snow is falling. I love this place!

And then there was pie…

November 5, 2019 in Being, Remembering by Colleen | Permalink 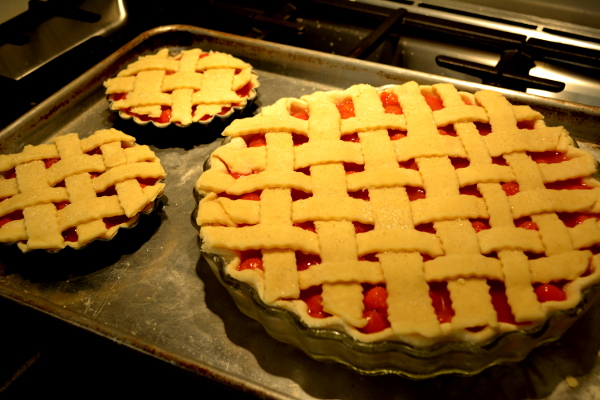 Greetings! Oh, gosh, whenever I type that word it gives me a start, thinking of my Grandma Frances, and how later in life, she would walk into a room and say “Greetings and hallucinations!” I never found it funny because she was such a complicated character in my life. As a little girl, I adored her. She was clever, adventurous, generous, fun, funny, and let me stay up impossibly late to color with markers or talk and play King’s Corners and Concentration. She took me to the dime store where we bought shockingly red pistachios from the heat lamp carousel and shared Russel Stover salted nut rolls. She loved to take me to the movies, to the show as she would say.

As we both got older, I would meet her for the first time, meaning, her faults and idiosyncrasies came into full view.

My Grandmother was bipolar and likely a borderline personality, but it didn’t become fully evident to me until I was nine or ten, though there were plenty of signs. Like the fact that she reamed my Dad for not doing her bidding, or that she so fully believed, as an old enough to know better girl, in her ability to FLY, that she jumped off the roof of their house and broke her collarbone. Or that she had shock treatments. All of this, she told me as if it happened to everyone, all the time.

I have told you about my sister, the harsh words, the beatings, the fact that I had to have a lock installed on my bedroom door to keep her from me and stealing anything she felt she deserved more than I did – clothes, money, jewelry, trinkets. So, as you might imagine, any time away from my childhood home was a gift, where I could be guaranteed a day without my sister’s abuse, the loudness of my parents and brothers. Where I didn’t have to hide in my room to feel safe.

On the occasion I met Grandma Frances for the first time, I went her house for a weekend. She lived with my Great Grandma Tillie (her mother), and unbeknownst to me, they had hatched a plan for me to spend the time with my cousin Becky. Bless her heart, Becky was kind, but I only saw her as an awful interloper. She was nothing like me. I have no idea how she turned out, but at the time, I didn’t find her terribly bright or interesting or fun. A dud. She breathed heavily through her mouth and smelled funny. It feels cruel to type the words as an adult with hopes of all children getting along, but, through the lens of a little girl looking for escape from her family, my heart can’t help but break a little. No one ever asked me what I wanted or needed or felt. I was crushed. My time with Grandma was ours, special. That she would do this, however well intentioned, felt like a betrayal.

I asked my Grandma to take me home. Thankfully, she did, but oh, oh, oh, the litany of abuse I got during the car ride home. You’d think I’d committed a mortal sin. The twenty minute drive stretched into what seemed like hours.

And so, I became more guarded around her, made decisions that would make me safer from her vitriol and unpredictable moods. Which only became more erratic and cruel, her mind vacillating from what was mostly normal to the awful psychosis of bipolar disorder. She literally became crazier and crazier, hurling insults, believing impossible lies about friends and relatives, getting in trouble with the law, being institutionalized. It was a terrible time, especially considering all she had endured and accomplished.

She was widowed, quite tragically, at 32, but found the strength to raise three children and have great success working at Sears. A master at bridge and a devout Catholic, she did much for her local parish. A dear friend to many, driving just about everyone without a car wherever they needed to go. She loved music and parties and politics and volunteered for the Democrats. Her favorite drink, a Brandy Alexander. Her scent, White Shoulders. She chewed Wrigley’s Spearmint Gum (I do too!).

But her illness and her lack of belief in it, there was absolutely nothing wrong with her, destroyed our relationship. A death by a million cuts, from the moment I met her that first time, as a child. It is the greatest loss of my life.

And so this post, where I started with a cheerful picture of pie (delicious and wonderful cherry), and thought about that first word, greetings, turned so dramatically. A bit like life, I suppose. 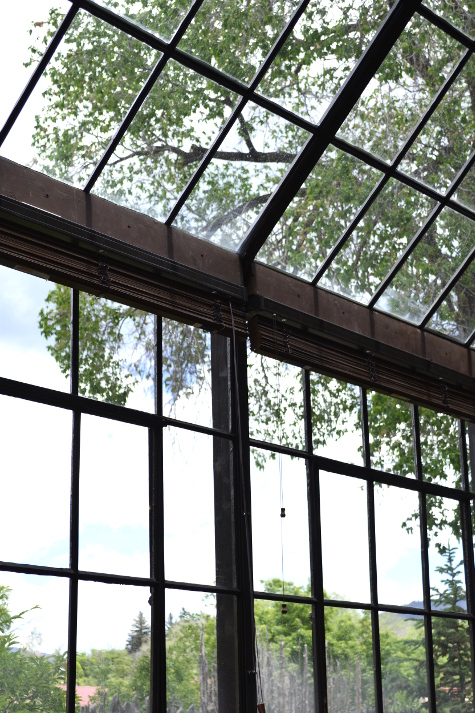