You are currently browsing the monthly archive for February 2011.

There was quite a lot of hullabaloo over this dusting of snow: panic, oversaturated news coverage, school closures, and the like.  It was, as you can see, quite fluffy and lovely, and the winter highlight for many school children and their parents.  I went out long enough to feed my fine feathered friends and scoop a bit of the chill into my hands, enjoying the particular scent of snow before it all melted.  Then, several hours later, it came back, a movie camera in reverse, giant flakes covering every surface again.   Much of it remains, along with bitterly cold air and sunshine.  Where am I?

Have a wonderful weekend! 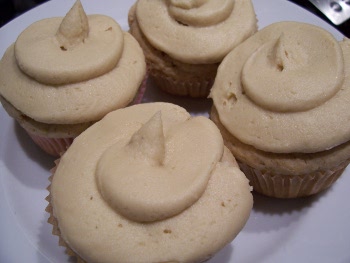 It’s so hard to forget pain, but it’s even harder to remember sweetness.
We have no scar to show for happiness. We learn so little from peace.

Thinking about the Middle East, North Africa, and New Zealand.  May they find peace, safety, and sweetness.

It’s funny how a three-day weekend throws me off of my blogging game.  Not that I am complaining (no way!), just observing, for it was a long and lovely weekend, to be sure.  The highlight was this walk and learning ever more about this city I love so much.  I also spent a fruitful afternoon in the garden, tidying and readying for the spring to come.  Though not today, our forecasters say we are getting snow this evening, a rather BIG to do in these parts, possibly six inches on-the-valley-floor.  We’ll see.  Just in case, I’ve got the crock pot going with vegetarian chili goodness and a box of my favorite Jiffy cornbread (the cheapest and best) for dinner.  Sturdy food for sturdy times.  What a mantra!

Anyhoo, to the walk.  This is Irvington, probably the most posh neighborhood on Portland’s east side, with Eastmoreland a very close second (sadly, it doesn’t have a walk – how about it Laura O. Foster?).  It is beautiful, with quite a few stunning and truly grand homes, some mansions even, the majority built before WWII, and still looking rather divine.  These two are among the oldest, dating to the early 1890s.  Can you imagine being the one to paint them?  Oy, that’s a lot of detail.  By the way, the last two photos are not actually in Irvington, just in case archaeologists find this blog and decide to start walking.  Pause Kitchen is one of our favorite eateries, a place we always manage to visit after long walks or drives, with ravenous bellies speaking well before we do.  It’s well worth a hop, skip, and a jump across town.  The very last speaks for itself, perhaps, as the hubster needed some bike accessories for the commute, which is going well, by the way. 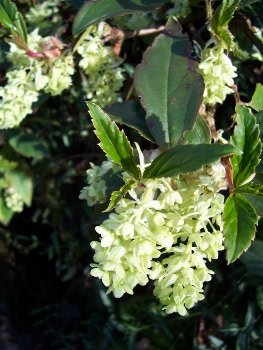 Not so random thoughts: 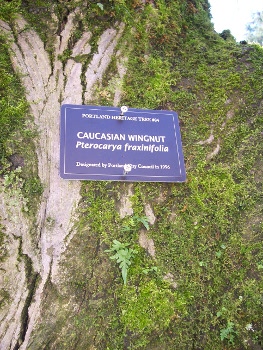 A tree named after me… 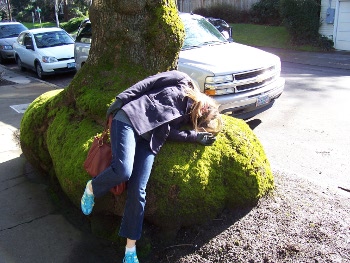 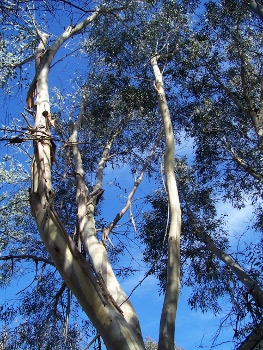 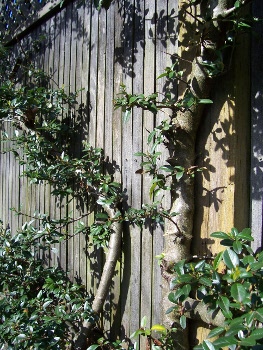 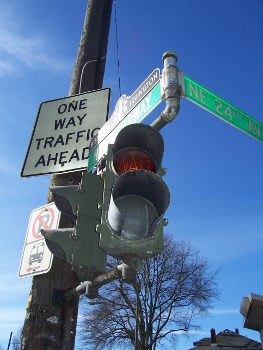 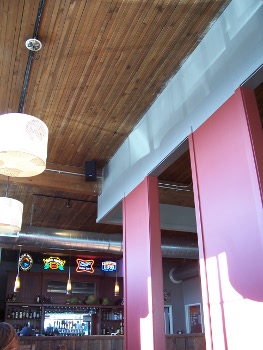 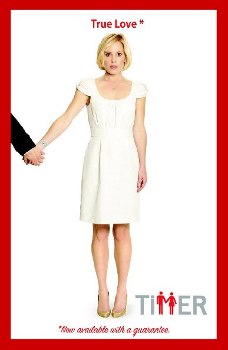 I ask not for any crown
But that which all may win;
Nor try to conquer any world
Except the one within.