You are currently browsing the daily archive for August 9, 2008. 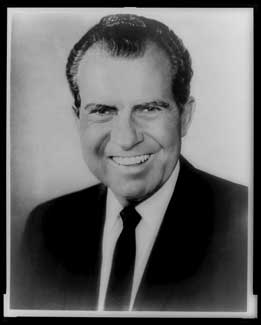 I was a weird kid.  I loved classical music when other kids liked the Eagles, did not enjoy the Dukes of Hazzard, preferred being alone, and liked lying on the dining chair on my belly with the plate on the floor while eating.  However, I think my crowning glory of weirdness was when I had a “thing” for Richard Nixon in the fifth grade.  I wouldn’t call it a crush, more like a curious fixation, so much so that my Halloween costume was what I’d call “casual” Nixon.  I wore a mask (of course), white button-down shirt, and a cardigan, with a pair of slacks and loafers.  I looked good and I gua-ran-tee that I was the only child at my school, or my neighborhood for that matter, dressed in such a fashion.

Why do I bring this up?  Yep, you guessed it, here I go with another anniversary.  Richard Milhouse Nixon resigned from the Office of President of the United States thirty-four years ago today.  You may still be wondering where I am going with this.  Holy smokes Colleen!  This is the guy who resigned because of Watergate, helped wreak havoc in Vietnam, and said such horrible things (on tapes that he made) about minorities and Jewish people that it makes me wanna say, “Did you kiss your mama with that mouth?!”

Now who is the paradox, right?  Well, I’ve never said I’m an easy person to figure, ever.  But, Tricky Dick was a paradox, too, and in many ways, quite a good president.  Here’s a list of some pretty amazing accomplishments that occurred under his administration: 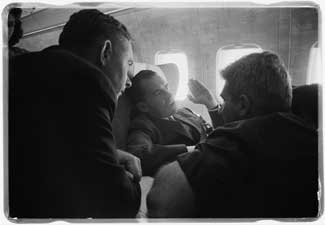 – Rapprochement with China (Only Nixon could go to China!)

– Regularization of relations with the Soviet Union, including encouraging the Kremlin to abandon plans for a submarine base in Cuba.

– Return of Okinawa to Japanese Sovereignty in 1972

– Establishment of the EPA

– Extension of the Voting Rights Act which abolished literacy tests for voters, among other things

– Achieved voluntary desegregation of schools in the Deep South

– Established the Office of Minority Business Enterprise and the Department of Commerce, as well as the Philadelphia Plan to increse the hiring of minorities

– Establishment of Title IX – very important to us ladies

I guess where I am going with this is that life and people are not as black and white as we make them out to be.  Goodness and righteousness need not be paradoxical.  We may not always see it in others, particularly those we dislike, because it is hidden under arrogance, cruelty, or our own clouded judgement, but it is there.  Moreover, regardless of our political affiliations, religious background, income level, or race, we are all capable of and have committed grievous errors in judgement and conduct.  We just haven’t been exposed on the national stage.  This does not make us bad people.  It makes us human.

So, what better way to remember Nixon than to remind ourselves that it may not always be the easiest path, but it is better to be lonely in kindness, caring, and forgiveness than among a crowd in hatred.  Nixon, on his last day, knew this too.  It was a bit late for him, but his words ring true:

“Always give your best, never get discouraged, never be petty; always remember, others may hate you, but those who hate you don’t win unless you hate them, and then you destroy yourself.”