You are currently browsing the daily archive for August 12, 2008.

I don’t need no posse! 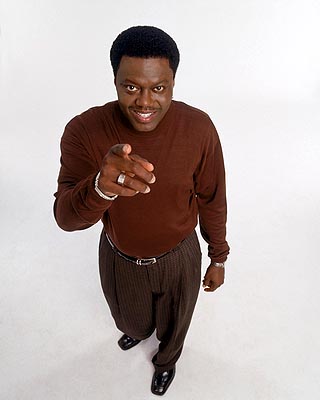 That is one of my favorite quotations from Bernie Mac, who sadly passed away on Saturday.  From all I learned about him during his short life of only fifty years, it really sums him up.  He was his own guy – irreverent and hilarious with a heart of gold – he didn’t need anyone to back him up.

While I was less keen on his stand-up – it being a bit racy for my taste, I loved his television show and his appearances in movies like Ocean’s Eleven and Bad Santa.  The man could make me laugh – fully belly, grab a tissue, you better make sure you go to the bathroom first, so you don’t have an accident kind of laughter.

His show was definitely not your typical program about a guy raising kids.  He wasn’t cute or silly in his foibles, which, for me, made it all the more real.  He struggled with the idea of spanking, wanted to be a man, yet enjoyed a manicure from his favorite Korean lady and was always on the lookout for ways to keep his hands soft.  He loved bubble baths, cigars, and a good game of poker.  My absolute favorite part of the series was when he would sit in his chair and address the audience – mostly to explain himself, sometimes to ask us for advice, calling us “America,” calling us into his telelvision world.  So very good.

I guess it was his turn to be called elsewhere.  Thanks for the laughter, Mr. Mac, because, unless you actually knew him, he didn’t like to be called Bernie.